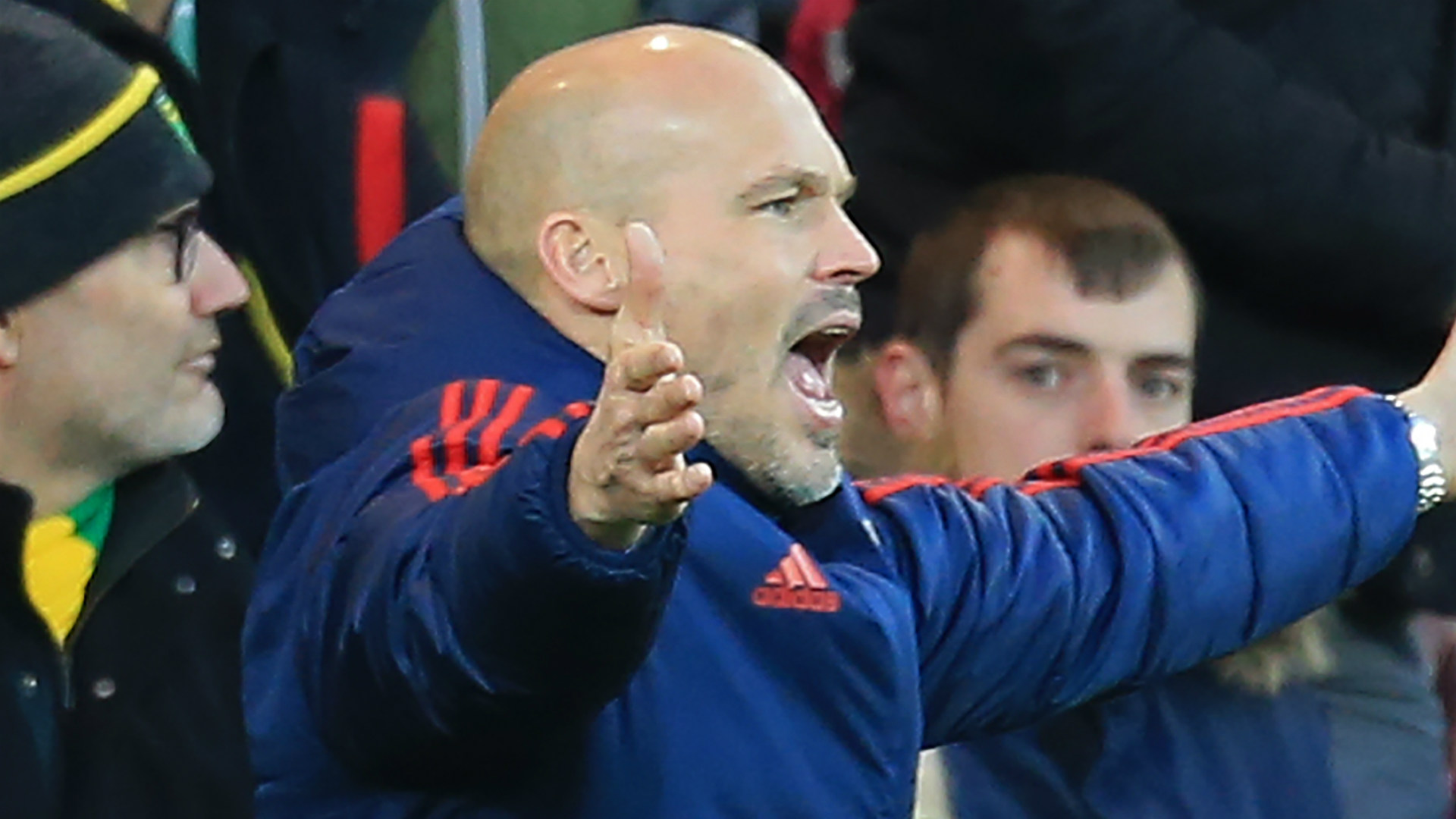 Arsenal will count themselves as fortunate to have escaped Carrow Road with a point after a controversial VAR penalty decision helped them to a 2-2 draw at Norwich in Freddie Ljungberg's first game as caretaker manager.

The playmaker of Turkish origin struggled for playing time under the stewardship of former manager Unai Emery who was sacked last week.

Tim Krul has revealed he told Mesut Ozil that Arsenal "got lucky" in the aftermath of Pierre-Emerick Aubameyang's goal from the penalty spot during the Gunners' 2-2 draw with Norwich.

"Yeah, it was a shame because obviously we were so solid all the game through and it was just a setpiece that killed us really with that".

"In the second half we have to work in transition".

"I think when we analyse the game the first half was good because we controlled the game but only the two goals were not good". Twice they went behind and showed a great mentality to come back. "I wanted to win the game so I am disappointed but I have also seen some positive things".

Arsenal were awarded a penalty six minutes later as Christoph Zimmerman handled from a free kick.

The striker missed his first effort but was allowed to retake as VAR spotted encroachment from Norwich players.

The hosts took the lead against the run of the play after 21 minutes as Pukki's deflected shot off Mustafi found its way into the net. "But from what I heard it was quite obvious, that's what the results are for".

Krul was furious afterward and revealed all in his post-match interview telling Sky Sports: "My job is to get into the strikers' head and get him to doubt".

"At the end of the day I saved it and it was frustrating it had to be retaken because one of our lads was a bit too quick".