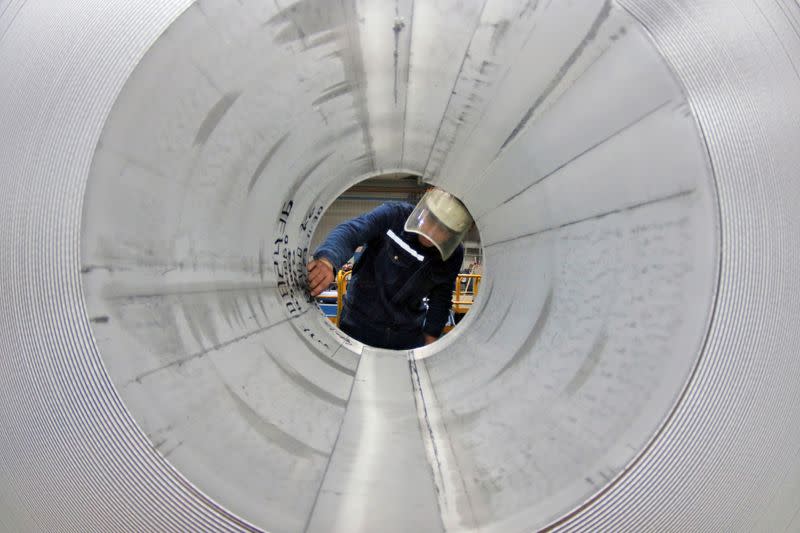 A gauge of China's manufacturing sector jumped unexpectedly in November, signaling a recovery in activity amid government support and a stabilizing global economy.

Caixin/Markit manufacturing Purchasing Managers' Index (PMI) rose to 51.8, up a tick from 51.7 a month earlier.

In falling by 3.5 points to 48.1 in November, the Australian PMI® slipped below the 50-point threshold separating expansion from contraction for only the third month since July 2015.

Manufacturing accounted for almost 30% of China's gross domestic product in the first nine months of this year, according to data (link in Chinese) from the National Bureau of Statistics (NBS).

More news: We hope INSTEX to become operational after joining of 6 European states

With China's economic growth cooling approaching 30-year lows and shrinking industrial profits, speculation is mounting that Beijing needs to roll out stimulus faster and more aggressive, even if it is risky add to its debt pile. Total new orders bounced back to expansionary territory with the sub-index rising to 51.3, the highest level seen since April.

High-tech manufacturing and the manufacturing of equipment and consumer goods also saw expansion over two consecutive months, showing that the economy is on a transformative track toward high-quality growth and a consumption-driven model, Zhao said.

The recent weakness in new orders continued in November (down 1.1 points to 47.2) and has now started to flow through to other activity indices, with employment (down 5.5 points to 47.3) and supplier deliveries (down 7.0 points to 45.3) also contracting.

The Caixin survey showed total new orders and factory production remained at buoyant levels in November, although they both eased slightly from record highs in the previous month, when they grew the fastest in over six years and almost three years, respectively.

US President Donald Trump said last week the United States and China were close to an agreement.

The official non-manufacturing PMI picked up to 54.4, recovering from October's 52.8, the lowest point since February 2016.