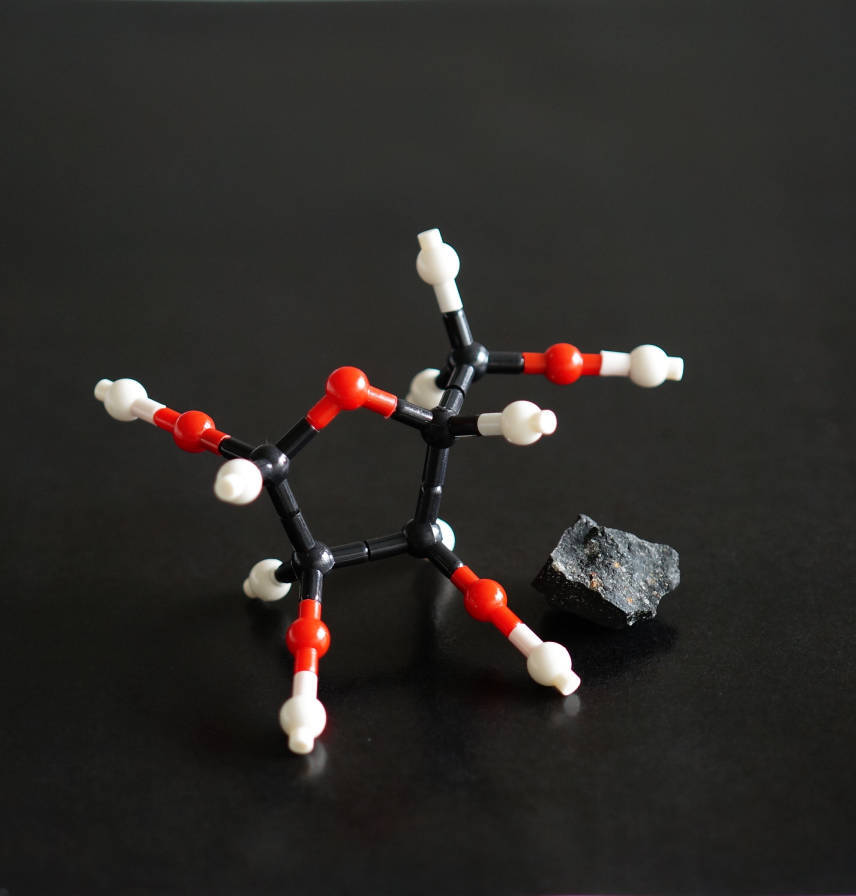 A team of worldwide scientists discovered sugars that may have been the catalyst to life starting on Earth in meteorites that struck Earth and have been in existence for billions of years.

With further analysis, they also found that the sugars were extraterrestrial in origin, and not the result of contamination here on the Earth.

The discovery adds more weight to the hypothesis a meteor blitz on ancient Earth could have kick-started life by providing the necessary building blocks. The new discovery provides to the growing list of biologically important compounds that were present in meteorites, supporting the speculation that chemical reactions in asteroids-the parent bodies of many meteorites-could make a few of life's components.

Meteorites may have made these initial sugar deliveries to Earth, which include the RNA component ribose and other bio-essential sugars like arabinose and xylose, which are all fundamental and critical biological building blocks.

An enduring mystery regarding the origin of life is how biology could have arisen from non-biological chemical processes.

The newly discovered extraterrestrial sugar throws light on the possibility that RNA coordinated life origins before DNA. RNA is perhaps best known as a master messenger, responsible for copying the genetic information stored in DNA and delivering that data to the cellular structures responsible for making the proteins that humans and other organisms need to survive.

The findings will help shape the analysis of samples collected from asteroids like Bennu and Ryugu, two missions that include Japan's Hayabusa2 and NASA's OSIRIS-REx spacecraft.

The meteorite samples were analyzed by gas chromatography-mass spectrometry.

A team including Yoshihiro Furukawa, an associate professor at Tohoku University, and researchers from the National Aeronautics and Space Administration and other organizations analyzed three kinds of meteorites, including the Murchison meteorite that fell in Australia in 1969. They found that the analyzed space objects contain sugar.

The researchers also conducted a laboratory simulation experiment of a potential sugar formation reaction in space.

Asteroid collision brought life to earth? The discovery that molecules come from space makes it a little more complicated to make sense of how life comes into being and makes the work of researchers hard. Since it's possible that the opposite would work fine - right-handed amino acids and left-handed sugars - scientists want to know where this preference came from. Jason Dworkin and Danny Glavin are members of the Goddard Center for Astrobiology team.

More news: The First Impeachment Witness to Go After Republicans

Microsoft to integrate Google’s services into Outlook.com
For instance, deleting your mails in Gmail from the Outlook client won't actually delete them but will rather hide them. The feature will be available for G Suite users first and not those having a regular Google account. 11/22/2019

Grace Millane trial: Man found guilty of killing British backpacker in NZ
Outside court later, Mr Millane cried as he paid tribute to his daughter and said the family welcomed the verdict. When confronted with Millane's lifeless body, Brookie said his client "freaked out". 11/22/2019

GM’s first electric truck could be ready in 2021
Musk has talked about producing an all-electric pickup truck for years now . "It's the company's first passenger truck". Ford aims to sell an electric F-series in late 2021, sources familiar with the plans said. 11/22/2019

U.S. House passes Hong Kong rights bills, Trump expected to sign
Chinese Foreign Ministry's Commissioner in Hong Kong Xie Feng urged the US Executive Branch to not sign the act. They are the holdouts from a much larger group that occupied the campus after battling police over the weekend. 11/22/2019

Serbia battle into last eight at Davis Cup
Djokovic had a break in the first set and two in the second to clinch his 14th straight Davis Cup singles victory. In the revamped Davis Cup format, teams are facing each other in three best-of-three-set matches on the same day. 11/22/2019

It's the week before The Week, and IN has Michigan's full attention
IN head football coach Tom Allen met with the media on Thursday to share final thoughts on this weekend's home finale against MI . It has won seven games for just the second time since 1993, but it has played an easier schedule than the Wolverines . 11/22/2019

GOP senators gearing up for impeachment trial, may call on Hunter Biden
He testified he wasn't part of an irregular foreign policy channel led Giuliani, as others have testified. Representative Francis Rooney told reporters: I don't think there's been a crime proven yet. 11/22/2019

Valve Unveils Half-Life: Alyx Trailer, Shows Off Gameplay and Story
If you are using the Valve Controllers , the game will work perfectly with the finger tracking that has been built into them. Unsurprisingly, given the name, you play as Alyx in a bid to "take the fight to the Combine to save the future of humanity". 11/22/2019

USA no longer considers Israeli settlements illegal ... though they are
Area B's administration is controlled by the Palestinian Authority, with Israel controlling security. The US State Department adopted this position in 1978. 11/22/2019

Israel's Benjamin Netanyahu to face corruption charges
He is expected to ask the Knesset for parliamentary immunity, and the official indictment could still take months. Attorney General Avichai Mandelblit made the public announcement of his decision Thursday. 11/22/2019

‘Pokémon Sword & Shield’ had the best-selling launch of the series
With six million units sold, Sword & Shield are already the eighth best-selling Switch game (if treated as a single title). That includes both digital and physical sales since the game's release date on November 15. 11/22/2019

Abbas vows to appeal United States decision on settlements
The global community overwhelmingly considers the settlements illegal. "The breaking of that consensus is important", he said. Pompeo said, however, the administration of President Ronald Reagan found that they were not inherently illegal. 11/22/2019

Trump tweets - Navy will 'NOT' remove Gallagher's Trident pin
Since 2011, more than 150 evaluations in finding resulted in sailors losing their build as SEALS or particular war personnel. Critics said Trump's moves undermined military justice and sent a message that battlefield atrocities would be tolerated. 11/22/2019