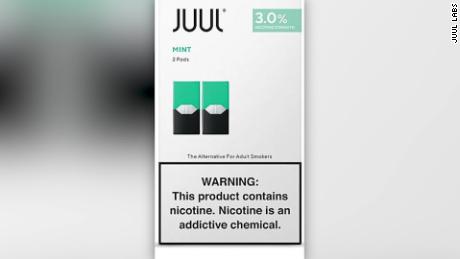 Trump told reporters his administration will release its final plans for restricting e-cigarettes next week but provided few other details. But more than one third of US states have already raised their sales age to 21. Federal health officials are expected to soon release plans for removing most vaping flavors from the market, and Juul has said it will support and comply with that government policy. Those products are blamed for soaring rates of underage use by USA teenagers.

In September, Trump said that the US Food and Drug Administration would put out "some very strong recommendations" regarding the sale of flavored e-cigarettes. But there is little research on their long-term health effects.

In one study published Tuesday in JAMA, CDC and FDA researchers analyzed data from the 2019 National Youth Tobacco Survey (NYTS) to estimate how frequently USA middle and high school students use e-cigarettes and which e-cigarettes they use.

The logic for hiking the purchase age for cigarettes and other products is clear: most underage teens who use e-cigarettes or tobacco get it from older friends.

"For young people, this is of particular concern", the study's authors wrote, "because it could promote the development of nicotine dependence, making it easier to initiate and proceed to regular e-cigarette use or transition to cigarette or other combustible tobacco product use".

But he also indicated that he was concerned about the impact of regulation on business, in a sign that the administration is considering stepping back from a previously announced complete ban on flavored e-juices that are popular among adolescents.