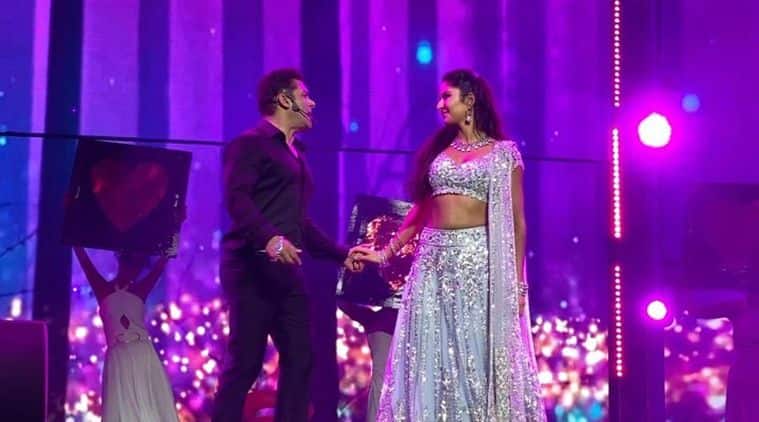 Salman Khan's Dabangg is one of the most profitable franchises of Bollywood. The poster of the song features the two hugging close where Salman has donned his usual Chulbul Pandey avatar, while Sonakshi is seen draped in a bright pink sari paired with a shimmery blouse.

Produced by Arbaaz Khan and Salma Khan, Dabangg 3 hits the screens on December 20.

In the movie Dabangg 3, you will see the days of Chulbul Pandey's youth and this film will show how "Chulbul Jaisa Hai Vaisa Kaise Bana", which will be quite spectacular. A few months ago, Salman Khan was busy shooting for "Dabangg 3" in Madhya Pradesh and made sure to treat his fans with stills from the sets of the film. It is known that Chulbul and Rajjo's romance will be seen in this song.

The song is composed by the music duo of Sajid-Wajid, penned by Danish Sabri and sung by Salman Khan and Payal Dev. Only the audio of this song has been released, the video has not come yet but it has been shared with the picture of Sonakshi Sinha and Salman Khan.

Salman also performed with other stars of the troupe, including Daisy Shah and Sonakshi Sinha. The music of this song is also given by Sajid Wajid.

Is Salman playing a wrestler in "Dabangg 3", similar to his character from "Sultan"?

In fact, to reach out to every corner of the country, Dabangg 3 will be Salman's first film to release in multiple languages simultaneously. Let me tell you that Sai Manjrekar, daughter of actor Mahesh Manjrekar, is going to debut in Bollywood with Dabangg 3.