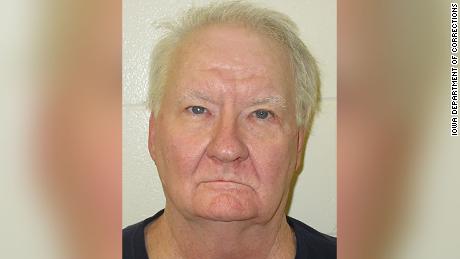 What does it mean to complete a sentence of life in prison?

In 2015, Benjamin Schreiber, 66, collapsed inside his prison cell from septic poisoning after kidney stones caused him to "urinate internally," according to an appeals court ruling this week. He slipped into unconsciousness and was rushed to the hospital, where, despite a "do not resuscitate" order he'd signed, he was resuscitated five times with "adrenaline/epinephrine via an IV".

According to USA Today, "Schreiber filed for post-conviction relief in April 2018, claiming that because he momentarily died at the hospital, he fulfilled his life sentence and should be freed immediately".

A court in the USA has refused to release a convict who argued that he had completed his life sentence when he briefly "died".

Schreiber has been behind bars since 1996, when he was charged in the death of John Dale Terry, 39, whose bludgeoned body was found near an abandoned trailer in rural Agency, Iowa. His sentence was supposed to end with his death, he argued, which had taken place three years prior, when his heart stopped.

When he lost consciousness at the University of Iowa Hospitals & Clinics, a staff member called his brother, who told the hospital that although it could give Schreiber medicine to ease his pain, "otherwise you are to let him pass", according to Schreiber's petition.

More news: People puzzled by peculiar texts, and no one can say why - 47abc

"The court finds this assertion unpersuasive and without merit", wrote Judge Amanda Potterfield in the court of appeals opinion.

The district court ruled against Schreiber - a decisions his lawyer took to the state's court of appeal.

An appeals court just ruled that's not how it works.

Schreiber argued in the filings that he was sentenced to life without parole, 'but not to life plus one day'.