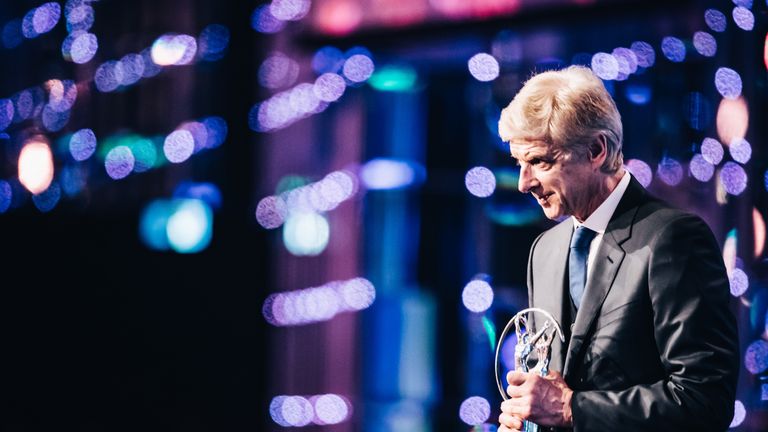 Bayern Munich have ended talks with Arsene Wenger about becoming their new manager.

The club confirmed the discussion to German outlet Bild, saying: "Arsene Wenger called Karl-Heinz Rummenigge on Wednesday afternoon and signalled his fundamental interest in the position at Bayern".

In recent developments, Bayern Munich sacked their manager Nico Kovac after Bayern were eviscerated 5-1 at the hands of Eintracth Frankfurt.

However, speaking to beIN SPORTS, Wenger insisted that Bayern have actually asked him about his interest in the job, and he is now debating whether or not he wants to take the position.

"We decided together we will talk next week because I'm in Doha until Sunday".

It comes after Rummenigge said Wenger was "not being considered as coach". I could not answer and by politeness I called him back.

"We talked for four or five minutes, maximum, and he reported that they signed Flick (as interim coach) for the next two games".

'This is the true story.

"He [Rummenigge] asked me if I would be interested because they are looking for a coach".

'I think Bayern is actually at a turning point, because Hoeness, key man of this club, is leaving, Rummenigge will leave in one year, it seems that the future is uncertain, and this club which always managed stuff by being very discreet and direct, is today very exposed with rumour coming from everywhere.

Between them, Hoeness and Rummenigge have helped grow Bayern into one of the most successful clubs in Europe.

Ajax boss Erik ten Hag is understood to be the favourite to land the job, after leading the Dutch club to the Champions League semi-finals and a league and cup double last season.

Act Fast: Target Launches 2-Day Pre-Black Friday Sale
If you want to be the first to know about a company's biggest and best offers, it might be worth signing up. Likewise, online shopping is making it easier to find bargains before Black Friday itself. 11/09/2019

Pakistan corridor set to open for Sikh pilgrims
According to the pact, Pakistan will allow 5,000 Indian pilgrims daily to visit Gurdwara Kartarpur Sahib. Meanwhile, security has been tightened across Punjab ahead of Kartarpur inauguration. 11/09/2019