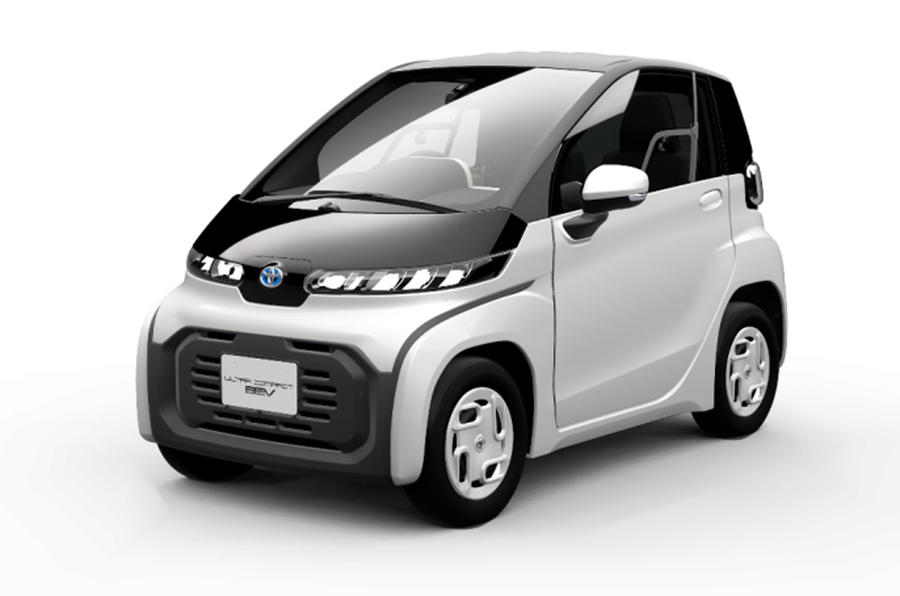 Toyota has just announced their new Ultra-Compact BEV city auto which will be making its official debut at the 2019 Tokyo Motor Show.

It has a range of approximately 100 km on a single charge, reaches a maximum speed of 60km and features a tight turning radius. The two-seat cabin looks rather ascetical and devoid of excessive trim details, which should make it rather wallet-friendly. One of them is for the masses, the Ultra-Compact BEV the Japanese will be able to buy from the showroom in the winter of 2020. Officially known as the "Ultra-Compact BEV", the pint-sized vehicle takes the shape of a city-oriented two-seater designed primarily for the elderly and newly licensed drivers.

Akihiro Yanaka, head of development, said: "We want to create a mobility solution that can support Japan's ageing society and provide freedom of movement to people at all stages of life".

Toyota is pairing its planned launch next year with a new business model that aims to promote the wider adoption of battery-electric vehicles in general. This will cover every step of a battery's life to maximise its value, from its manufacturing, through its sale, resale or reuse, right up to its recycling. Instead, the company intends for this vehicle to be used by customers who frequently make short-distance trips like "the elderly, newly licensed drivers, or business-people visiting local customers".

To maximise the value of used batteries in the near term, TMC will expand leasing initiatives that are created to recapture them for evaluation and reuse - as appropriate - in used vehicles or as service parts.

The official statement further pointed out that Toyota is developing peripheral services for BEVs such as recharging stations and insurance.

The model will debut in production-ready guise at the Tokyo Motor Show later this month, alongside an interesting Ultra Compact BEV Concept for Business and several walking area BEVs.

A concept version of the Ultra-compact BEV will also be on display.

This particular two-seater is envisioned for short-distance trips (range is just 100 km/62 miles).