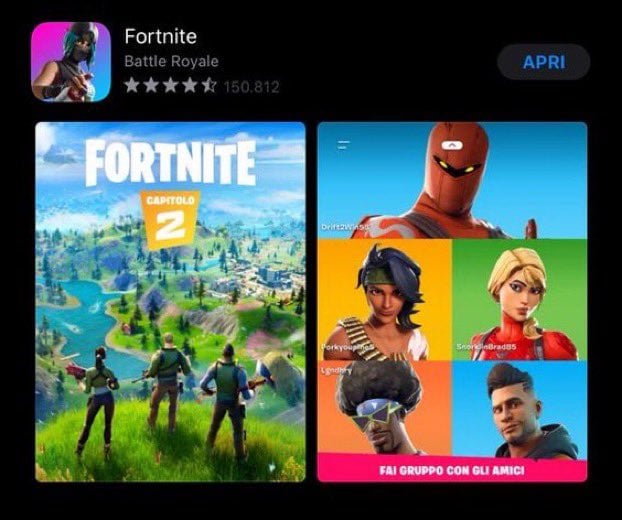 An Apple App Store listing emerged on Friday that appeared to leak that Fortnite season 11 will bring with it the launch of Fortnite chapter 2.

While @FNBRUpdates posted: "At some point, all the players will be teleported outside of the map as you can see to the following image below". Previous teasers have included new vehicles, Battle Pass skins and more. However, the map also has some features now present in the existing map. It's also worth noting that the Week 10 Loading Screen, called Last Stop, features Jonesy and his pals waving goodbye to the beloved Battle Bus.

It's also worth noting that fans previously spotted a leak pointed to 13 new locations at the start of the next season, so even if it ends up being the same map in essence, I think we can bank on there being a number of major changes to it, making it nearly unrecognizable.

It also wouldn't be too big of a stretch to assume that Season 11 is essentially "Part 2" of Fortnite.

But, if the rumours about the Fortnite event destroying the map are true, then this makes sense. "Fortnite" is available on PS4, Xbox One, Switch, PC and mobile.

We should only have to wait a couple of days to find out if these leaks are correct and Fortnite Chapter 2 is real, as The End is set to start on Sunday, October 13th. Will we see him again, and what are he and his mysterious seven cohorts trying to accomplish? If nothing else, there's a good chance you'll have to rethink play strategies you've known for ages.

What are your thoughts on the new map for Fortnite Season 11? Tell us in the comments section!