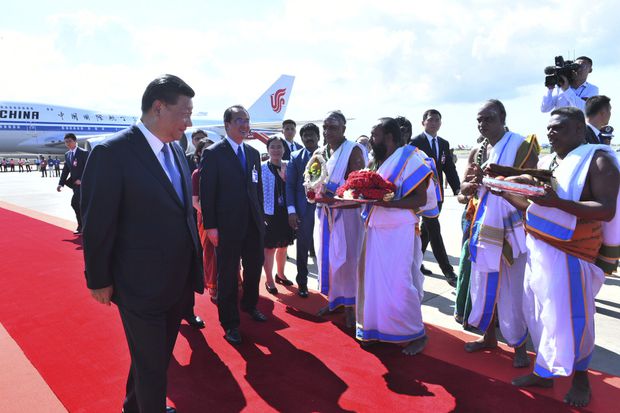 Setting aside recent differences over Ladakh, India and China have made a decision to start a new chapter in their relationship with the "Chennai Vision", Prime Minister Narendra Modi said after holding a second round of informal talks with Chinese President Xi Jinping on Friday. "Today, Chennai connect marks a new era in the relation between the two countries", Modi said referring to the first informal summit in Wuhan in 2018.

A dispatch from China's official Xinhua news agency early Saturday gave no specifics on the talks but said Xi received a "warm welcome" from Modi and they agreed their countries "should respect and learn from each other so as to jointly achieve common development and prosperity".

Chennai is the capital city of Tamil Nadu.

Modi and Xi are meeting in the southern town of Mamallapuram, home to centuries old wind-swept temple monuments but also popular with tourists for surfing in its ideal waves.

"I don't think either India or China has this kind of mechanism with any other leader in the world for the leaders to meet informally and to speak and discuss without a set agenda", he said.

Despite the summit's relaxed nature, the ambassador said it is expected to provide direction to officials on both sides so they can "address better the issues that we have been dealing with over a long period of time".

In their first informal meeting a year ago, the two leaders reached the consensus that the differences between the two countries should not be allowed to turn into disputes. "Let us also ensure we remain fit and healthy".

Gokhale said both countries are diverse and radicalization is a matter of concern that should not impact the society.

"We engaged in a candid discussion as friends in this heart-to-heart discussion on bilateral relations", Xi added.

Xi and Modi held several hours of one-on-one talks in a southern seaside Indian town in their second annual summit created to break through decades of distrust between their countries over border disputes, a ballooning trade deficit and China's close military ties with India's arch rival, Pakistan.

"The free flowing nature of the Informal summit at the UNESCO World Heritage site will continue and deepen contacts at the highest level and guide the future trajectory of India-China relationship", said Raveesh Kumar, Foreign Ministry spokesperson, who was also present during the briefing.