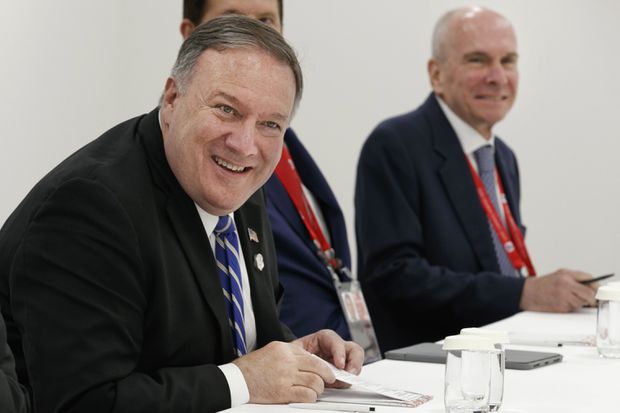 Michael McKinley, a career diplomat who has served as Pompeo's policy adviser since May 2018 following previous posts as ambassador to Brazil, Afghanistan, Colombia and Peru, said in a note to staff made available on Friday that his departure after 37 years with the department was "personal".

A senior aide to US Secretary of State Mike Pompeo has resigned after working for 37 years in the department. "Among the many issues in which he played a role, McKinley has been closely involved in administration policy on Venezuela, Mexico, Southeast Asia and Afghanistan, where last month President Trump abruptly canceled US peace negotiations with the Taliban that both sides had said were near an agreement".

McKinley was involved in several policy spheres, holding key roles in foreign policy efforts in Venezuela, Mexico and Afghanistan, the Post reported - the last a key global focus after Trump revealed last month that Taliban leaders had been slated to travel to the U.S. for secret peace talks but that the meeting was canceled as he called off peace talks with the militant group entirely.

Although he had no direct involvement with Ukraine, part of McKinley's job involved taking the temperature of the building for Pompeo.

McKinley's resignation took effect Friday, the same day the former USA ambassador to Ukraine told congressional investigators that she had been removed from her post due to political pressure from the White House.

The State Department earlier this week blocked testimony by the USA ambassador to the European Union, Gordon Sondland, who was then subpoenaed to appear on October 16. Yovanovitch had questioned Giuliani's efforts to press Ukraine to investigate Trump's political rivals.

"You'd have to ask the White House precisely what role he has with them", Pompeo said of Giuliani. In his July telephone call with Ukrainian President Volodymyr Zelensky that is at the center of the impeachment investigation, Trump called Yovanovitch "bad", and said "she's going to go through some things".

In a farewell email to his State Department colleagues obtained by CNN on Friday, McKinley wrote that he was "leaving the department to pursue other opportunities, wherever they might lead".