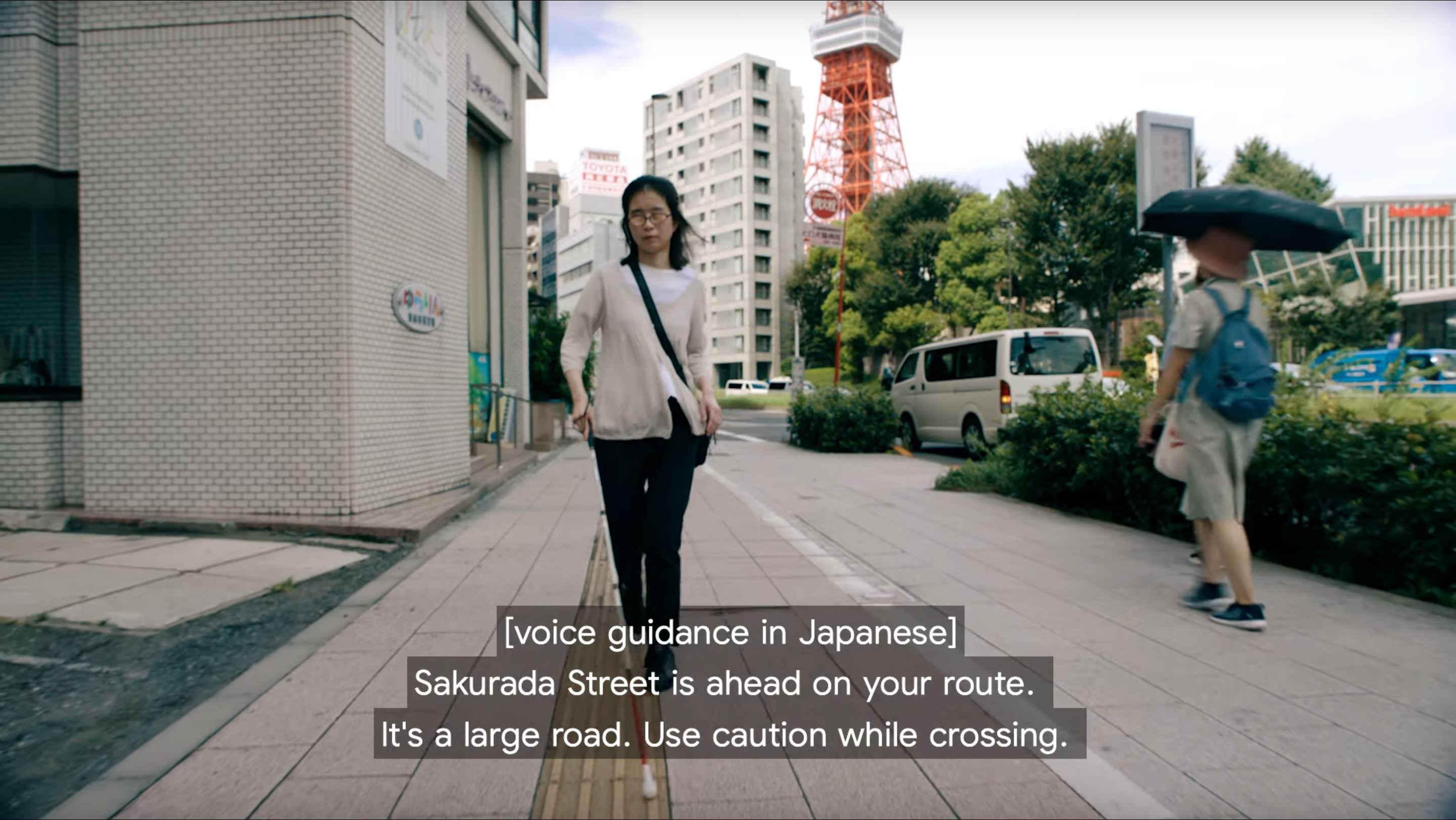 The feature is available in English for those living in the United States, and Japanese in Japan.

If you want to take advantage of Google Maps Detailed Voice Guidance, you will likely have to wait for a server-side update.

Google has announced the launch of an additional feature in its Google Maps app that gives a more detailed voice guidance, complete with periodic announcements, alerts and warnings, for the visually impaired. I feel lucky to have had the chance to work closely with the Maps team on this task as an early advisor and tester- beyond my day task as a business analyst in the Tokyo office. She says that this enables people like her to experience new places without having to rely on a friend to accompany them.

Detailed Voice Guidance also speaks up to reassure the person they are still walking along the correct route, and reminds them of when the next turning is, rather than remaining silent and waiting until they are closer. I obviously hope I'll never ever have to use the feature, however I make certain pleased it's there to assist others who are about to benefit enormously from it.

Sugiyama explained: "With this feature, I can navigate the streets of Tokyo with more comfort and confidence". Maps will tell the user things like how far away the next turn is, which direction they are walking, and when they are approaching intersections. It will even ask you to cross with added caution for larger intersections and notify you when you are not on the right route.

What the post doesn't cover in detail is how people with impaired vision can switch on the feature in Google Maps in the first place.

To turn on the navigation, the user has to turn the feature on, go to Google Maps settings and select "Navigation". Google plans to eventually roll it out to more regions and languages.