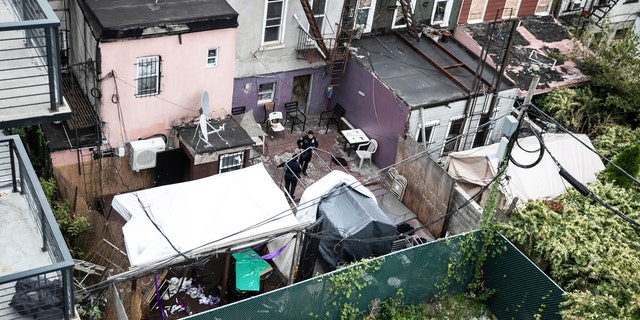 Four men were found dead at the scene, authorities said. They were said to be between the ages of 32 and 49.

At least four people died and three were wounded in a shooting at a social club in NY early Saturday, police said.

NYPD Chief of Detectives Dermot Shea said the three injured included two men and one women. The three who were injured were taken to Kings County Hospital and Brookdale University Hospital Medical Center.

Police say the shooting took place in the Crown Heights neighbourhood of Brooklyn at an address that corresponds to a private social club on an online map of the street.

The shooting happened just before 7 a.m. Saturday. Police said the incident does not appear to be gang-related.

Shea said it was too early to tell if it was a gambling dispute, a robbery or some other motive. Cops said they wouldn't be surprised if more weapons were found.

Chief of Patrol Rodney K. Harrison said there were never any complaints of a gambling operation at the location, which was only a few blocks away from the 77th precinct.

No arrests have been made in connection to a shooting Saturday morning in Brooklyn, according to NYPD spokesman Brian Magoolaghan. He said the building was believed to be a "licensed" premise, but he had no further information.

This is a developing story.