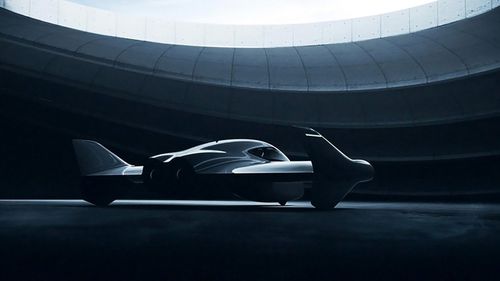 A flying vehicle may be coming sooner than was previously thought as Porsche (PAH3.DE) and Boeing (BA) have entered into an agreement to explore "urban traffic" in the air. Yep, if all goes well the next (next) 911 Turbo could have a very different kind of launch control.

"Porsche and Boeing together bring precision engineering, style and innovation to accelerate urban air mobility worldwide", said Steve Nordlund, general manager of Boeing NeXt, a unit of the company working on next generation vehicles and aircraft.

Detlev von Platen, a member of the executive board for sales and marketing at Porsche AG, said the companies are addressing "a potential key market segment of the future".

The German automaker had just signed a memorandum of agreement with Boeing to build a Porsche that can go to a place no Porsche has gone before: the skies.

Aside from that, the German carmaker, Volkswagen's luxury sports auto brand, Porsche had always been yearning to build flying cars which would be able to provide taxi service and ride-sharing purposes.

The Star Wars universe of aerial freeways is going premium with sports vehicle manufacturer Porsche now looking at the potential of high-end personal urban air mobility. What's more, Porsche will work with Boeing and its subsidiary, Aurora Flight Sciences, to develop an eVTOL concept. Indicating that urban air mobility solutions will transport passengers more quickly and efficiently than current conventional means of terrestrial transport, at a lower cost and with greater flexibility.

At this point, it still does not feel like flying cars will be here anytime soon but Porsche seems interested in pushing the box and exploring this alternative. In 2018, CEO Dennis Muilenburg spoke at a GeekWire Summit and outlined the company's plan to have fully operational self-flying cars ready in less than five years.