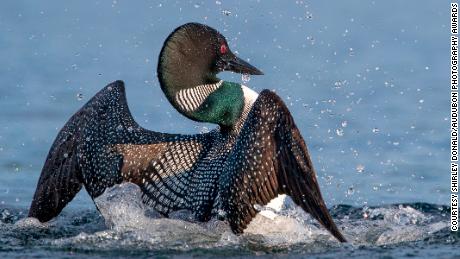 "It's a combination of changes in temperature, precipitation and vegetation", says Brooke Bateman, Audubon's Senior Climate Scientist. In the report's best-case scenario, which relies on efforts to mitigate climate change, just over a third of 187 bird species in ME would become threatened. Climate change, however, was not the major driver of the population plunge, said Ken Rosenberg, an applied conservation scientist at the Cornell Lab of Ornithology and the American Bird Conservancy. By the end of the century, the Audubon estimates that 11% of the state will change to a different biome entirely.

"Our findings in this report are the fifth alarm in a five-alarm fire", said David O'Neill, Audubon's chief conservation officer, in the study.

Birds imperiled by the Earth's predicted temperature rise include such widely recognised and beloved species as the piping plover, Baltimore oriole and golden eagle, Audubon said. The study showed that more than half of the bird species in North America could lose at least half of their current ranges by 2080 because of rising temperatures.

But if the expected rise in temperatures of 3 degrees Celsius (37.4 F) by 2080 is slowed to 1.5 degrees Celsius (34.7 F), almost 40 per cent of those species would no longer be considered vulnerable, researchers said.

Bateman was in second grade when she first heard the haunting call of the common loon on a lake in Wisconsin.

Loss of habitat or food, harsh weather conditions and rising sea levels are among the effects of climate change that would force ME birds to move farther north, reduce the size of their range and shrink their population, said Jeff Wells, vice president of Boreal Conservation at National Audubon. And along with them, so may we.

Steven Price, president of Bird Studies Canada, said the report shows the looming impact of climate change on bird life across a complex and intertwined series of environmental effects.

"We already know what we need to do to reduce global warming, and we already have a lot of the tools we need to take those steps", Stone said in a statement.

All 16 Arctic species would be at high risk, including iconic birds such as the snowy owl and the Arctic tern.

"Now, what we need are more people committed to making sure those solutions are put into practice", she said. "Audubon is committed to protecting the places birds need now and in the future and taking action to address the root causes of climate change".

More news: Want to live longer? You should get a dog