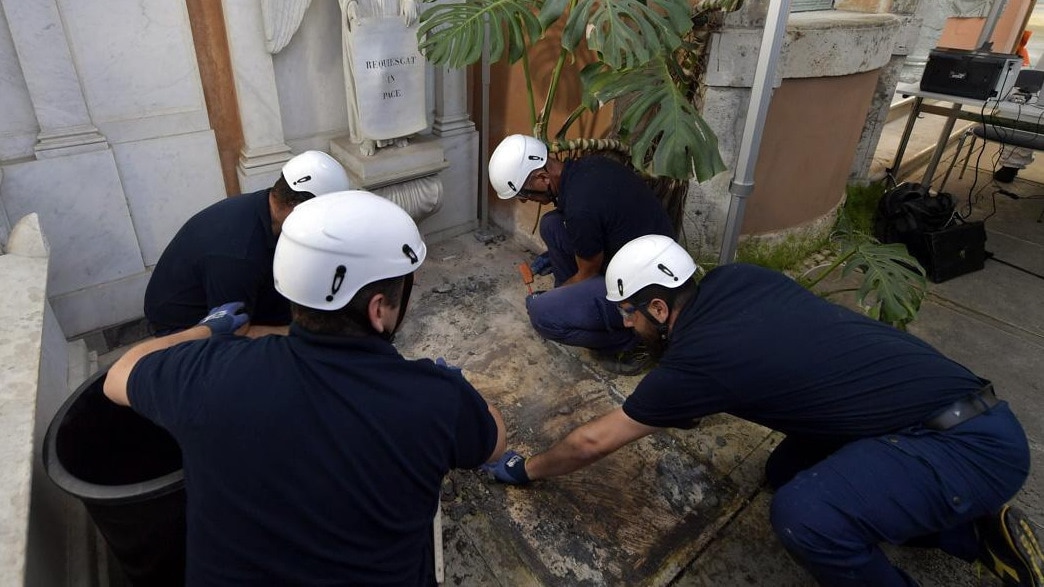 Experts were looking for the remains of Emanuela Orlandi, the daughter of a Vatican clerk who failed to return home following a music lesson in Rome.

In March, there was a glimmer of hope, when Orlandi's family received a weird tip from unnamed people that the girl's remains could be in a Vatican cemetery "where an angel was pointing".

This morning they opened two tombs to see if her body was hidden there. The cemetery just behind St. Peter's Basilica is the final resting place of royals, cardinals, artists.

There have been many reported sightings of her over the years, even inside Vatican City, but all were deemed unreliable.

Surprisingly, the Vatican agreed to open two tombs at the Teutonic Cemetery, which dates to the 1800s. After which they can establish whether the skeletal remains "belong to different people, other than the two who were buried there".

"Careful inspection of the tomb of Princess Sophie von Hohenlohe has unearthed a large underground compartment of about 4 meters by 3.70, completely empty", Gisottti said.

Searchers not only didn't find Emanuela's bones - unexpectedly, they found no remains at all. Then the stone lid of an adjacent sarcophagus of Princess Charlotte Federica di Mecklenburg was removed and inside "no human remains were found", the Vatican said.

The family sent a request to the Vatican secretary of state to have the tombs opened, which was granted last week.

Bones found near the Vatican's embassy to Italy late a year ago revived interest in Orlandi's disappearance, but analysis of the remains showed they did not belong to Orlandi.

The Vatican confirmed that "the outcome of the search has been negative", according to ANSA.

"I received a letter with a picture in it", Sgro told CBS News.

"There was new cement on it, but we didn't know why or when, we were given no information", Sgro said. They found nothing, however, reports Reuters.

Emanuela's disappearance in 1983 is one of the most enduring modern mysteries of the headquarters of the Catholic Church and has been the subject of much speculation by Italian media.

"The DNA test will be done in any case, in order to be certain and to exclude definitively and categorically the chance that any remains in the two tombs are attributable to poor Emanuela", he said.

Both graves were opened due to their proximity to one another and to "avoid possible misunderstandings about which grave is the indicated grave", a Vatican tribunal said.

Actress Pooja Batra marries beau Nawab Shah
Now, it looks like they have taken their relationship to the next level and have tied the knot secretly. Sharing the adorable picture of them, Nawab Shah wrote on Instagram: "A story you can make a movie on". 7/12/2019