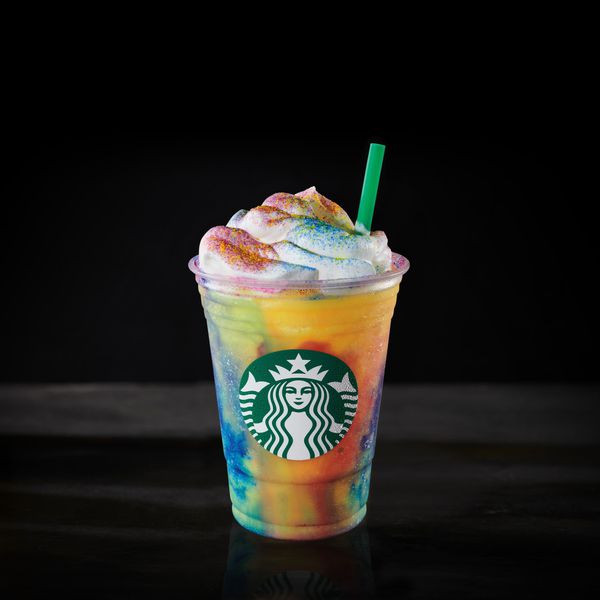 Perhaps, like my experience, it was at summer camp as you marveled at those cool, colorful concentric circles you could make by rubber-banding part of a plain white T and dipping it into various buckets of brightly-tinted dyes. The drinks are only here while supplies last so make sure to get it while you can!

The cost for a grande Tie-Dye Frappuccino at a Central Massachusetts Starbucks location Wednesday cost $5.45. The new beverage is sweetened with vegan-friendly Crème Frappuccino Syrup, features a trio of powders colored with beets, turmeric, and spirulina, and can easily be ordered vegan by asking for plant-based milk and omitting whipped cream.

But don't worry, this frapp isn't just pure food coloring-according to a press release from Starbucks, the drink gets its insane coloring from turmeric, red beets and spirulina.

The drink was marketed as both flavor and color-changing. Think Laffy Taffy or a creamier banana Slurpee. Despite the variety of visual tones in the drink, the flavor is all banana (with maybe a hint of coconut?).