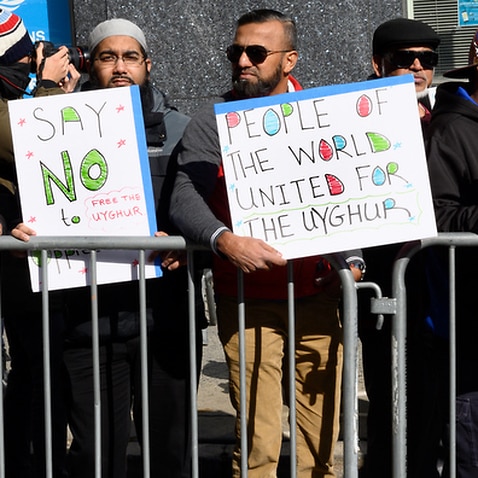 The Chinese side has invited a number of diplomats, media outlets, experts and scholars from various countries to visit Xinjiang and also sent invitations to the Office of UN High Commissioner for Human Rights, he said. Australia, Canada and Japan were among them, along with European countries including the United Kingdom, France, Germany and Switzerland, but not the United States, which quit the foruma year ago.

"We welcome those who truly uphold the principles of objectivity and fairness to come to Xinjiang but firmly oppose any external forces interfering in China's internal affairs, undermining China's sovereignty and territorial integrity through Xinjiang issues", the spokesperson said.

Activists had sought a formal resolution at the Council, but some analysts say the move was the only available option to spotlight the Uighur plight at the forum.

This move comes at a time where China is deploying vast diplomatic and propaganda efforts to rebuke what it deems as "Western hypocrisy" and legitimise grave rights violations in Xinjiang, against findings by the High Commissioner herself.

The letter conveys concern "about credible reports of arbitrary detention... as well as widespread surveillance and restrictions, particularly targeting Uighurs and other minorities in Xinjiang".

Chinese diplomat Jiang Duan told the council on Thursday a few hypocritical Western nations were distorting facts to smear Beijing over what it describes as vocational training centers in Xinjiang meant to combat extremism and provide new skills.

The letter marks the first major collective global challenge to China's ongoing policy in the far western border region, where experts estimate up to 2 million people have been detained in vast re-education style camps.

"We call also on China to refrain from the arbitrary detention and restrictions on freedom of movement of Uighurs, and other Muslim and minority communities in Xinjiang", it added. The group furnished a statement, saying, "the letter is important not only for Xinjiang's population, but for people around the world who depend on the UN's leading rights body to hold even the most powerful countries to account".

FILE PHOTO: An ethnic Uighur woman carries a metal rod as she walks down a main road in the city of Urumqi in China's Xinjiang Autonomous Region, July 10, 2019. China was thought to have enough votes to stop any resolution, hence the unusual step of an open letter of criticism from diplomats instead.

At the start of the three-week session, which ends on July 12, the Xinjiang vice-governor responded to worldwide condemnation of state-run detention camps by saying that they were vocational centers which had helped "save" people from extremist influences.

China had now effectively contained terrorism and religious extremism in Xinjiang, Vice-Governor Erkin Tuniyaz told the council in an appearance that was sharply criticized by the United States.