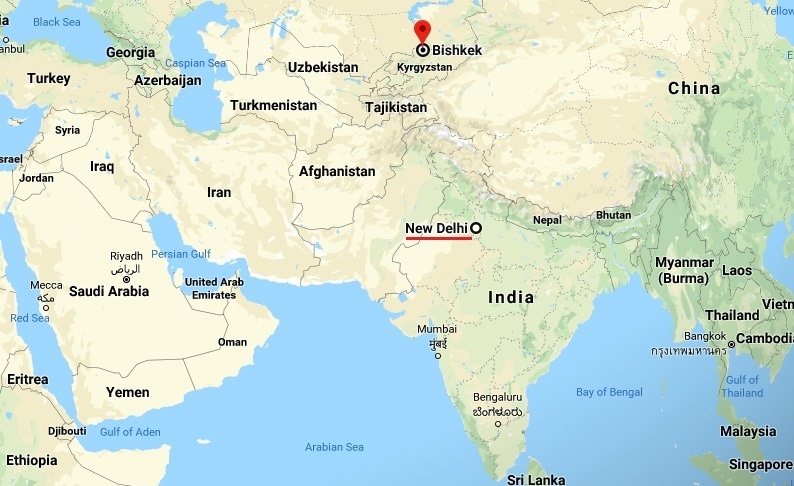 The news comes after unconfirmed media reports said that Pakistan has approved "in principle" India's request to allow Modi's aircraft fly over its airspace to Bishkek to attend the SCO summit this week. However, relations are especially cold since 27th February 2018 when Indian air-force struck inside the Pakistani province of Khyber Pakhtunkhwa (KP).

Pakistan's relationship with India is probably at its "lowest point", Prime Minister Imran Khan has said even as he expressed hope that his Indian counterpart Narendra Modi will use his "big mandate" to resolve all differences, including the Kashmir issue. United States government - the supplier of F-16 planes and parts - has however verified that Pakistani stock of F-16s is complete.

In an interview to Russian news agency Sputnik before heading to Bishkek, Khan said the SCO summit provided him an opportunity to speak to the Indian leadership to improve ties between the two neighbours.

After the summit in Kyrgyzstan, Putin, Xi, Central Asian leaders, and top officials from dozens of other countries will convene on June 15 in neighboring Tajikistan's capital, Dushanbe, for the Conference on Interaction and Confidence Building Measures in Asia (CICA). Last month, Pakistan opened its airspace so that then-Indian external affairs minister Sushma Swaraj could travel to Bishkek to attend the SCO Foreign Ministers' meet.

Khan has twice written to Prime Minister Modi, seeking resumption of dialogue on all issues, including Kashmir.

The advice shouldn't have come as a surprise to the ministers, as Modi is known to be a hard task master - he had asked his colleagues to work 18 hours a day in his first meeting after taking over as prime minister in 2014. India maintains that terror and talks can not go together. Apart from the two routes through southern Pakistan, the neighbouring country's airspace remains closed for commercial airliners.

The IAF announced on 31 May that all temporary restrictions imposed on Indian airspace post the Balakot airstrike have been removed.

Among Indian airlines, the global operations of Air India and IndiGo have been affected by the closure of Pakistani airspace. Earlier in October, President Putin travelled to India for the 19th India-Russia annual summit during which he held comprehensive discussions with Modi on wide-ranging bilateral, regional and global issues. Pakistan, however, has extended its partial airspace ban on eastern border with India until 14 June.