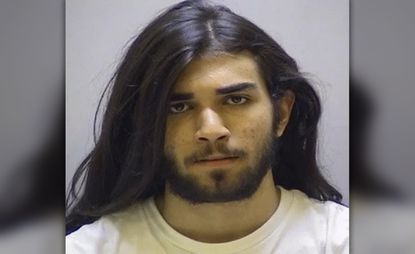 In February this year, a North Carolina college student, who feared a ghost was haunting her digs after objects started disappearing and hand prints appeared on the walls, came home to find the real culprit, a homeless man, wearing her clothes. The woman yelled to the man and told him to leave, but the man ran into her daughter's bedroom.

A Tennessee man was arrested this week, after it was discovered that he'd been secretly living in the attic of a family's home and sneaking into the bedroom of a 14-year-old girl at night while the rest of the family slept.

He was charged with aggravated criminal trespass, and his initial court appearance is set for August, according to the report.

She disappeared on May 29 and was found safe the next day in Nashville and returned home.

He hid in an attic space in the daughter's bedroom, refusing to come out.

Castro and the 14-year-old had previously tried to runway together, and he was warned to stay away from her, according to the arrest affidavit.

He allegedly accessed the hidden room via a hatch inside the girl's wardrobe and would visit her at night after she locked her bedroom door.

However, Castro was arrested again for violating a protection order, trespassing and unlawfully entering a home when a neighbor saw him walking toward the 14-year-old's home on Thursday, Mt. Juliet Police Department revealed in a statement shared on Facebook. Officers had to crawl in after him to pull him out of the confined space.

"After an extensive search of the home, he was found hiding in an attic", police said.