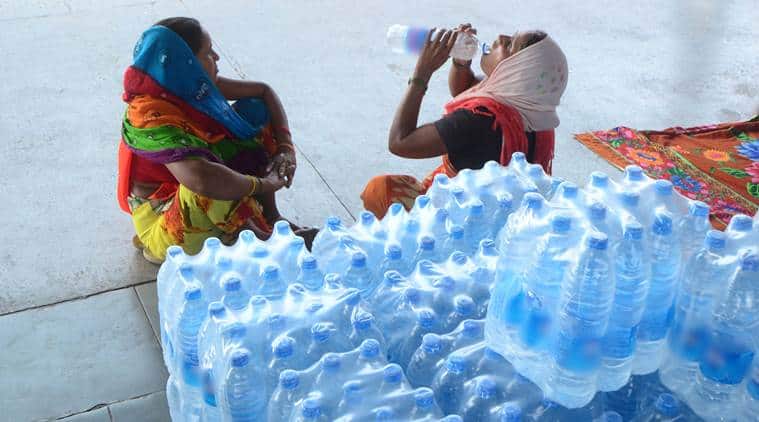 A typical person may be ingesting 5g of microplastics every week, or the equivalent of the weight of a credit card.

These tiny particles can originate from a variety of sources, including artificial clothes fibers, microbeads found in some toothpastes, or bigger pieces of plastic which gradually break into smaller pieces when they're thrown away and exposed to the elements.

Microplastics - plastic particles that do not exceed five millimetres in size - can potentially pose a direct or indirect threat to humans via ingestion or by acting as "stressors" or carriers of contaminants, the university said.

The research compiled 52 studies investigating the plastic ingestion and found that on average, people around the world ingest about 2,000 microplastic particles a week.

It finds that the most common way people ingest microplastics is through the consumption of commons foods and drinks like water, shellfish, beer and salt.

The study was commissioned by the World Wide Fund for Nature (WWF) and carried out by the microplastics research team at Australia's University of Newcastle. For instance, in the United States, 94.4% of tap water samples contained plastic fibres, with an average of 9.6 fibres per litre in comparison to plastic fibres in 72.2% of water samples in Europe and 3.8 fibres per litre.

The report stated that each person could be consuming over 1,750 fibres of plastic every week. According to WWF International's director general, Marco Lambertini, not only are plastics polluting oceans and waterways and killing marine life, "it's in all of us and we can't escape consuming plastics". The findings are an important step towards understanding the impact of plastic pollution on humans.

There is growing concern about the health risks microplastics pose to human health, but the full impacts of plastic pollution remain unclear.

"There is very large uncertainty about the harms that plastics do", he said.

Will ingesting plastics damage your health?

"We can not just remove it", said Kavita Prakash-Mani, global conservation director at WWF International.

WWF marine police head Alec Taylor said the report "must serve as a wake-up call" for government, adding: "We don't want plastic in our ocean, and we don't want it on our plates".

The organisation is urging people to join the 665,000 people who have signed its global petition calling for global legally-binding treaty to tackle plastic pollution.