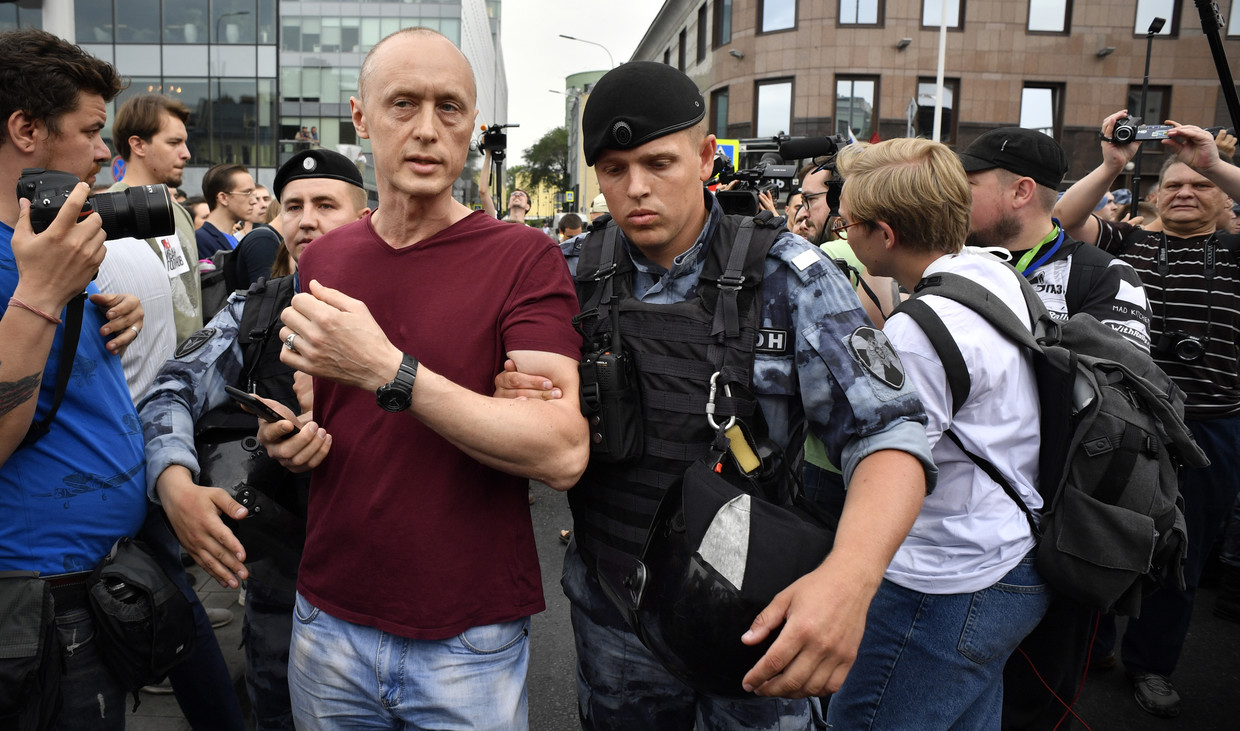 Golunov, who reported on corruption and press censorship, was arrested last week and accused of drug dealing, in what his lawyers and press freedom advocates say were fabricated charges after police planted fake evidence.

Reuters witnesses said well over 1,000 people marched through central Moscow, chanting "Russia will be free", "Russia without Putin" and "Down with the Tsar" as police warned them not to break the law and blocked access to certain streets. Some wore T-shirts reading "I am/We are Ivan Golunov", the headline used by three national newspapers amid a public outcry over the case.

The authorities had hoped freeing Golunov and promising punishment for those who allegedly framed him would appease his supporters, but they made a decision to go ahead with a protest on Wednesday, a public holiday in Russian Federation, regardless.

Officers in riot gear clashed with protesters during the unauthorised march in support of Ivan Golunov.

Hundreds have been detained in Moscow during a protest inspired by baseless drug charges brought against a journalist who investigated high-level corruption. Police said 200 people had been detained but arrest monitor OVD Info said more than 400 were. Many saw Golunov's release as a Kremlin attempt to avert the new protest wave. Many called for the release of victims of police abuse and political prisoners including Ukrainian filmmaker Oleg Sentsov.

Golunov, a reporter of the Meduza media outlet, walked free on Tuesday after police had dropped criminal charges against him amid claims that he was framed.

One protester, Ivan, 28, explained why marchers had defied the police.

At least four journalists were detained including a producer for Der Spiegel, a German news magazine.

Mr Navalny tweeted that the authorities had become very nervous by the "improbable and unanimous expression of cohesion in the Golunov case" and become as soon as now setting about destroying that cohesion and intimidating and jailing of us who persevered. Many protesters said the journalist's case had struck a nerve because almost everyone could find himself in his place.

At the meeting, which took place on June 10, among other things the high-profile criminal case of Meduza correspondent Ivan Golunov was discussed. "A lot of drug cases happen like this", said 15-year-old Yegor, who wore a "I am Golunov" T-shirt, speaking before the march.

While the unusual prominence of Golunov's case could be seen as a watershed in drawing attention to the issue, observers also said it was only the beginning of a long struggle. "We should not lull ourselves into complacency", said local lawmaker Maksim Reznik. Earlier reports said blogger Alexei Navalny was among those detained.

Numerous marchers and those detained were prominent Russian journalists and activists.