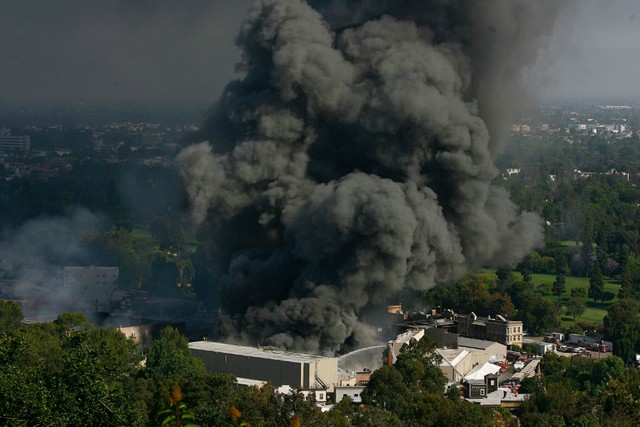 A 2008 fire at Universal Studios was "the biggest disaster in the history of the music business", according to a New York Times feature released yesterday.

According to the Times, however, the fire also destroyed an archive home to about 500,000 master recordings, a.k.a. original audio recordings that all future copies are based on.

The blaze made headlines in June 2008, as it destroyed parts of the Universal Studios Hollywood theme park, as well as several sets used for filming and a large warehouse that stored videotapes and film reels.

In a statement on Tuesday, UMG acknowledged the fire had been "deeply unfortunate" but disputed the New York Times' reporting.

Master recordings are typically owned and controlled by the music labels for the artists in their catalog.

Now a number of artists said to have been affected by the news have spoken out about the revelation, with a representative for Courtney Love's band Hole admitting to Pitchfork that the rockers were "not aware (of the loss of masters) until this morning". "We will detail further as and when".

In his report, Rosen likens a master recording to that of an original painting and says that more than the monetary value, the damage to our shared cultural heritage is the great tragedy of the situation.

In its statement, UMG said it was proud of its efforts in music preservation and listed various initiatives it had spearheaded or supported.

R.E.M. were another victim of the fire, and have stated that they are trying to find out what happened and "the effect on the band's music, if any".