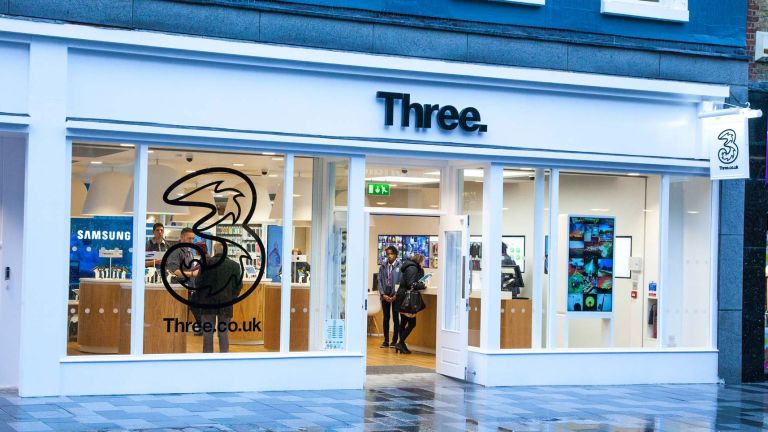 After the initial launch in London, Three will extend its 5G network to a further 24 towns and cities across the United Kingdom before the end of 2019.

Three has said that from the launch date "peak mobile speeds will be at least time times faster than other mobile network operators and will provide a more reliable connection and experience for customers".

Network improvements are being carried out across the busiest areas of the United Kingdom, including London, Cardiff, Glasgow, Birmingham, Manchester and Liverpool, as part of Three's £2bn 5G infrastructure investment commitment which includes a new 5G-ready world first cloud core network provided by Nokia.

For those of you keeping count, it means Three may well have the widest 5G coverage by the time the year is up. EE now only offers 5G in six cities, and promised a total of 16 locations will have 5G before the end of the year.

"Until now, much of the discussion of 5G's arrival has centred on how it will improve mobile connectivity and speeds, but its potential to upend the broadband market, and so quickly, is now being explored by Three".

Its home broadband service is launching in London in August but we still don't know how it will be priced.

But the Hutchinson-owned company said that it would not disclose further details about pricing until July.

The announcement comes after EE become the first United Kingdom operator to launch a 5G network, when its network went live at the end of May in six United Kingdom cities. Both pulled Huawei smartphones from their 5G launches because of uncertainty about support by Google's Android after a US move to block the Chinese firm's access to its technology.

The superfast speeds will apparently be possible through a combination of high capacity smart antennas and having more than twice as much 5G spectrum as its closest rival, with 140MHz overall (compared to 40MHz or 50MHz from rivals). Note that these networks have more spectrum than that in total, it's just not spectrum that's ideal for 5G use.

The U.S. declared Huawei as a national security risk, a claim that the Chinese company denies.

5G is set to rapidly increase internet speeds and reliability.

"There has been no evidence to suggest that electromagnetic waves from mobile phones and networks are bad for your health", says Prof Malcolm Sperrin, Director of the Department of Medical Physics and Clinical Engineering at Oxford University Hospitals NHS Trust.

5G technology is new but experts believe it poses no greater risk than earlier mobile systems.