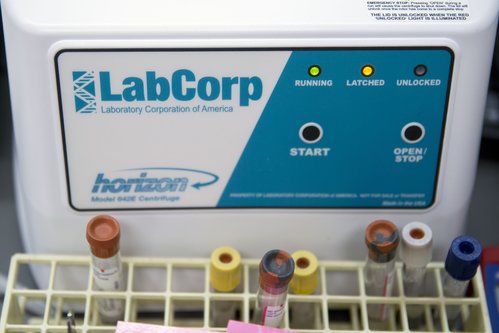 LabCorp, a medical testing company, said 7.7 million customers had their personal and financial data exposed through a breach at a third-party billing collections company.

It also said that AMCA has not provided "detailed or complete information" about the hack, including which customers might have been affected.

The American Medical Collection Agency told LabCorp that there was "unauthorized activity" on its payment collection page between August 1, 2018, and March 30, 2019, the U.S. Securities and Exchange Commission said in a filing.

The compromised personal data "could include first and last name, date of birth, address, phone" and "credit card or bank account information", according to LabCorp's SEC filing.

AMCA does not store Social Security numbers for LabCorp patients, according to the collection agency.

AMCA is a New York-based company that provides medical debt collection services to health providers including Quest Diagnostics. In its announcement Monday, Quest said the breach may have exposed some of its patients' Social Security numbers. It said AMCA plans to offer affected customers identity protection and credit-monitoring services for two years.

"LabCorp is working closely with AMCA to obtain more information and to take additional steps as may be appropriate once more is known about the AMCA incident", LabCorp wrote in its filing.

AMCA, which works primarily with health care companies, said in a statement Wednesday that it learned of the breach from a security firm that works with credit card companies.

More news: IKEA partners up with Ori on robotic furniture to help save space

"AMCA has informed LabCorp that it is in the process of sending notices to approximately 200,000 LabCorp consumers whose credit card or bank account information may have been accessed", the company said.

"We remain committed to our system's security, data privacy, and the protection of personal information", the company said.

Unfortunately, LabCorp still doesn't know who its affected customers are, because "AMCA has not yet provided LabCorp a list of the affected LabCorp consumers or more specific information about them".

LabCorp says it takes "data security very seriously, including the security of data handled by vendors".

Swamp Thing canceled at DC Universe
It seems that Swamp Thing has an unlucky aura surrounding it when it comes to television adaptations. The rest of the show's 10-episode season will be released on DC Universe over the next two months. 6/06/2019

RBI cuts key rate by 25 bps, changes neutral stance to accommodative
The reduction in the repo rate to 5.75 percent matched predictions by 44 of 66 analysts polled by Reuters. The survey was taken even before India released far worse than expected economic growth numbers. 6/06/2019

'Should I Limit Myself?' CVS-Aetna Merger Judge Asks
Competitor Walgreens has also identified the business potential of primary and preventive care in retail pharmacies. Equities research analysts forecast that CVS Health Corp will post 6.84 EPS for the current year. 6/06/2019

Arbeloa Urges Real Madrid to Sign Messi's Son
For now, Messi is away on worldwide duty with Argentina as the South American side prepare to launch a bid for the Copa America . 6/06/2019

Leak Reveals Google Stadia's Pricing and Release Date
Along with the Founder Edition there will only be a single subscription tier available at launch, a $12 per month Stadia Pro sub. We aren't sure if "any Google device" means any Android device, or specifically Google's first-party hardware, like the Pixel. 6/06/2019

Jay Z is now a billionaire: Here’s how he got there
Speaking in 2005, when he was worth around $350 million, he said: "Most times rappers end up broke or nowhere". Fashion icon Dapper Dan has officially designed clothing for a billionaire . 6/06/2019

Here's our best look yet at the Samsung Galaxy Note10
Samsung has ditched the dedicated Bixby button and has moved the power button to the left side below the volume rocker. Since the leaked pricing is more expensive than the Note 9, it seems likely this refers to the Galaxy Note 10 Pro. 6/06/2019

PSA shares rise following FCA's breakup with Renault
The French government, which controls 15 percent of Renault, gave it a conditional green light but also warned against "haste". The French government was opposed to an FCA and Renault merger that would have ended the Renault-Nissan alliance. 6/06/2019

Nokia 2.2 launched, will be the cheapest smartphone to get Android Q
While the Nokia 2 .2 will be available globally for approximately €99, it is first coming to India at starting a price of ₹6999. Reliance Jio subscribers buying the Nokia 2 .2 would get an instant cashback of Rs 2,200 along with 100GB additional data. 6/06/2019

African Champions League final to be replayed after original game abandoned
The build-up to the Cup of Nations has also been blighted by uncertainty after Cameroon was stripped of the hosting rights in November having fallen too far behind in its preparations. 6/06/2019

Apple could be killing iTunes very soon
First up, the iPad will get a new split-screen apps feature that brings side-by-side launching of apps - including duplicate apps. Apple also added new Context Menus in iOS 13 that display more commands when you 3D Touch on a photo or other object. 6/06/2019

CNN Journalist Interrupted, Harassed by Chinese Police During Tiananmen Square Anniversary Report
Half a dozen activists could not be reached by phone or text on Tuesday. China responded by accusing the United States of hypocrisy. 6/06/2019

Google Pixel 3 and Pixel 3a devices get June security patch
That said, after testing the installed GSI file, you can just reboot your smartphone to go back to the normal version. Per the official Google Developer Console, the other two updates to Android Q are scheduled for "after June". 6/06/2019

French Open Has Full Day Rained Out For Second Time Since 2000
Thursday was supposed to be women's semi-finals day but will now feature the remaining four singles quarter-finals. Novak Djokovic and Alexander Zverev were scheduled to play and Dominic Thiem was set to take on Karen Khachanov . 6/06/2019