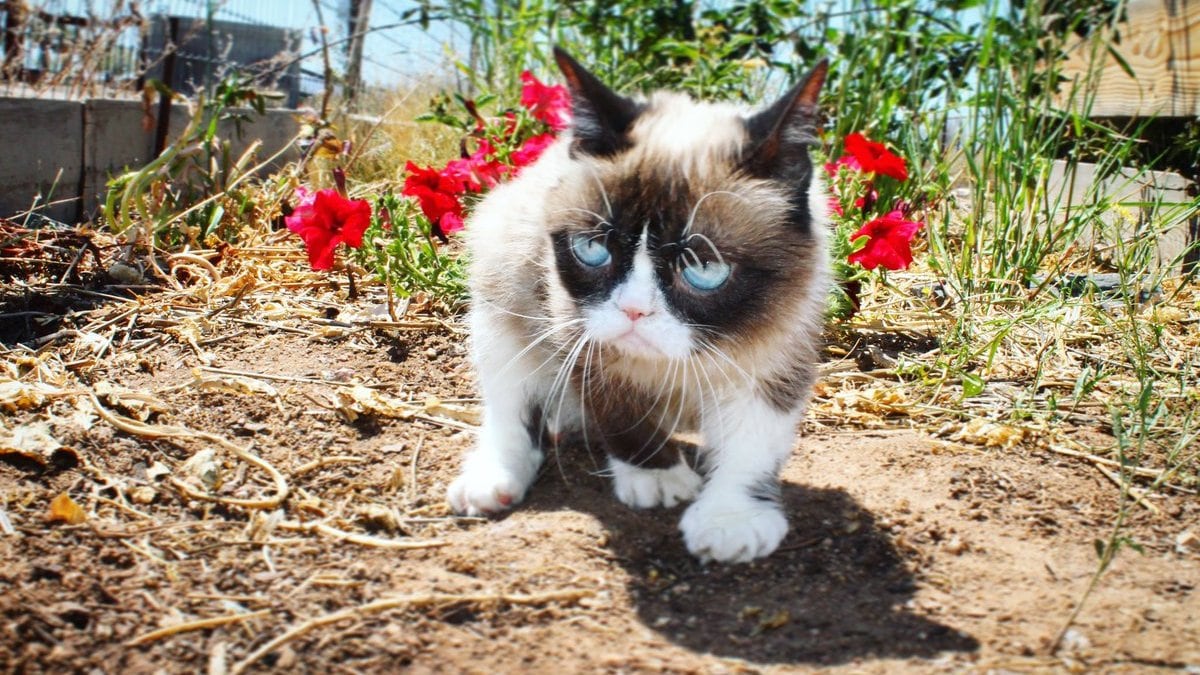 Grumpy Cat died on Tuesday, May 14 after complications arose from a urinary tract infection, her family shared on Twitter.

The cat's real name was Tardar Sauce and she rose to fame after her photos were posted online in 2012.

On Friday, the world learned that Grumpy Cat, the internet sensation whose scowl launched a thousand memes - earning her 1.5 million Twitter followers and 8.3 million Facebook fans - had died at the age of seven.

The sourpuss with the piercing look of contempt quickly became a meme, and placing bold words above and below her frown became a common way for humans to express grumpy thoughts. Then in 2013, Parks and Recreation's Aubrey Plaza gave voice to Grumpy Cat in the Lifetime holiday movie Grumpy Cat's Worst Christmas Ever.

"Besides being our baby and a cherished member of our family, Grumpy Cat has helped millions of people smile all around the world - even when times were tough".

Her appearances weren't restricted to the cyberspace. Feeling like trash? Grumpy! Cat!

In addition to Grumpy Cat blowing up on social media - she had almost 2.5 million followers on Instagram at the time of her death - she also made many media appearances throughout her life and was an official spokesperson for Friskies.

Now, I am aware of the fact that Grumpy Cat must've been a lot of people's favourite meme and this news must be devastating. Thank you to her owners for sharing her with us. "Her spirit will continue to live on through her fans everywhere", wrote Grumpy's family on her official Instagram handle.