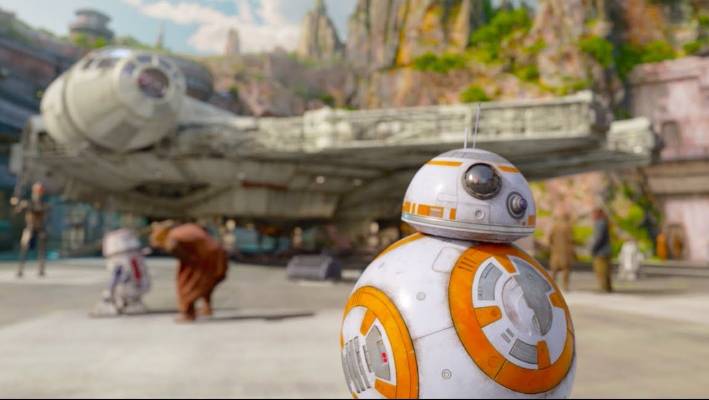 Iger wouldn't comment on what their film will be about, when it will be set, or any additional details about its production. "Their command of complex characters, depth of story and richness of mythology will break new ground and boldly push Star Wars in ways I find incredibly exciting".

"My guess is there probably will be at least one more live-action series that we produce for Disney+, a Star Wars series, before we release the next film", Iger said. From Iger: "We did a deal with David Benioff and D.B Weiss, who are famous forGame of Thrones, and the next movie that we release will be theirs".

In February 2018, Walt Disney Studios also made an epic announcement that the creative duo will write and produce a new series of Star Wars films, and Disney CEO Bob Iger confirmed the news again at a convention in NY on May 14.

After releasing five films since purchasing Lucasfilm in 2012 - The Force Awakens, Rogue One, The Last Jedi, Solo, and now The Rise of Skywalker - he said he believed "it would be smart for us to take a bit of a hiatus while we figure out what's next". Abrams' The Rise of Skywalker and whatever the two dinguses in charge of Game of Thrones can cook up, but in the meantime, the streaming service Disney+ is going all-in on the live-action Star Wars series business. And we're not saying anything more about that, ' Iger said during the conference call (via Disney).

Star Wars: The Rise of Skywalker premieres December 20, 2019. Two series - "The Mandalorian" from director Jon Favreau and a "Rogue One" prequel starring Diego Luna - are already in the works.

David Benioff and DB Weiss, who adapted George RR Martin's series of fantasy novels for TV, had previously been announced as working on an instalment in the Star Wars franchise.