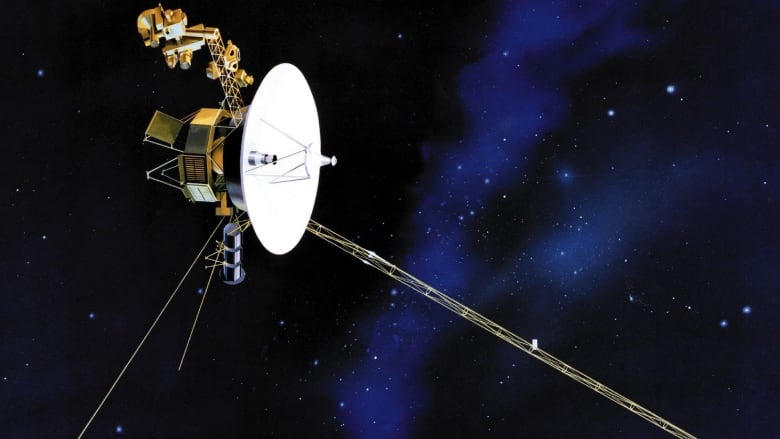 Now, scientists have shared the initial science gained by Voyager 2's historic crossing. In a new study, scientists have confirmed that the spacecraft is now outside the bubble-shaped region created by the sun's wind, known as the heliosphere. Ultimately, this solar blanket has a crucial impact on the formation and evolution of planetary systems by acting as a huge shield that blocks galactic radiation.

The data transmitted by Voyager 2 was analysed by a large team of physicists, and their findings were published in five papers in Nature Astronomy on Monday this week. The boundary between the heliosphere and outside space is called the heliopause. Just beyond the heliopause Voyager 2 discovered a boundary layer, where solar winds leak into space and interact with interstellar winds.

Voyager-2 entered the ISM 119.7 astronomical units (AU), 11 billion miles from the Sun. Scientists are sure of this since the plasma wave instrument onboard the spacecraft has measured a significant increase in plasma density, up from the hot, low-density plasma characteristic of the solar wind. "The boundary layer we saw at Voyager 2 we couldn't see at Voyager 1 because we didn't have a working plasma instrument, so we couldn't see the density go up and the temperature go up", explained heliophysicist John Richardson of the Massachusetts Institute of Technology in Cambridge. They are established through NASA's Deep Space Network. We had no quantitative idea of how big this bubble is that the sun creates around itself with its supersonic solar wind, made of ionized plasma, which is speeding away from the sun in all directions.

Data from the instrument on Voyager 2 also gives additional clues to the thickness of the heliosheath, the outer region of the heliosphere and the point where the solar wind piles up against the approaching wind in interstellar space, which Gurnett likens to the effect of a snowplow on a city street. The probe was launched from earth 16 days before its twin spacecraft, Voyager 1 but entered the interstellar space more than six years after Voyager 1 because of its slower trajectory. Additionally, interstellar space contains cosmic rays, particles accelerated by exploding stars. For example, Voyager 2 detected a continuous change in magnetic field directions as it crossed into the ISM, whereas Voyager 1 did not. "We will see a transition from the magnetic field inside to a different magnetic field outside, and we continue to have surprises compared to what we had expected". "We show with Voyager 2 - and previously with Voyager 1 - that there's a distinct boundary out there". "That's a characteristic of fluids, which oftentimes form very sharp boundaries", says Gurnett.

The interaction between the sun and interstellar space is also intriguing to the scientists.

"As it moves through the interstellar medium" - the vast expanses of space between stellar fiefdoms - "there's a wave in front, just as with the bow of a ship", Stone told journalists by phone.

All of the early insight gained from this crossing is providing a complex picture of what happens in between the sun and interstellar space. This knowledge could be applied to all the stars astronomers study, because they believe other stars likely possess the same features.

But now Voyager 2 has crossed this barrier that separates the solar system from the rest of the galaxy.

Built to last five years, Voyager 1 and Voyager 2 set out to explore the solar system's outer planets. The new Voyager 2 data, like the Voyager 1 data before it, shows how CMEs propagate past the heliopause and lower the amount of cosmic rays beyond the bubble. The heliosphere is 11 billion miles from Earth, which is well beyond Pluto's orbit. After that 1989 flyby, the two probes had completed their primary objective, but they were far from done.

Over time, power system efficiency has decreased, and the generators produce 40% less than they did at the time of launch.

More news: Gas prices fall below $ 2 per gallon in 12 states

Still, the observations of the heliopause really are part of the last hurrah for both spacecraft. Engineers did the same thing with thrusters on Voyager 1 in 2017.

The heliosphere is somewhat leaky, revealed Voyager's particle instruments. It's also using more power, so engineers turned off a heater for the Cosmic Ray Subsystem. This was more clearly confirmed by Voyager 2 spacecraft.

The data gathered by the probes has helped inform NASA's Interstellar Mapping and Acceleration Probe, scheduled to launch in 2024.

Patriots bring back Brian Hoyer, add QB to mix
NFL Insider Adam Caplan added that the deal is worth $2MM for one season and is fully guaranteed. The Patriots also added former Jets linebacker Brandon Copeland, per McBride. 3/23/2020

Coronavirus: Tighter Lockdown Could Follow If Segregation Boards Are Ignored, Warns Minister
Those living with them are urged to "stringently" minimise any personal contact. "We can not disguise or sugar-coat the threat". The Italians have a superb health care system. 3/23/2020

Harvey Weinstein tests positive for coronavirus
The report was made by state prison officials to CNHI newspapers on the condition of anonymity today, per the Niagara Gazette . Juda Engelmayer, Weinstein's spokesperson, said that the rapist's team "had not heard anything like that yet". 3/23/2020

Coronavirus - Nigeria Bans All International Flights
That drug was never approved in the USA , so Bayer is working with federal agencies to get an emergency-use authorization. The AP is exclusively responsible for all content. 3/23/2020

Apple CarPlay More Dangerous Than Texting While Driving
On the other hand, texting makes a driver react 35% slowly, which is a smaller figure as compared to that of Apple CarPlay. He focused on the point that anything that distracts a driver's attention from the road is bad news. 3/23/2020

Coronavirus Spreads to New Countries, Global Cases Top 300000
Italy has the world's deadliest official coronavirus outbreak , but Iran's cases are nearly certainly being underreported. In all, over 86,000 people diagnosed with the disease known as COVID-19 have recovered so far. 3/23/2020

Scientists say diarrhoea, loss of appetite could be symptoms of Coronavirus
Some of the patients also reported of vomiting (0.8 per cent) and abdominal pain (0.4 per cent). The study suggested digestive symptoms may present before the respiratory symptoms of COVID-19. 3/23/2020

Is Sonam Kapoor Ahuja pregnant? Here’s the truth!
While the singer said that she was quick to approach the doctor and tested positive for the virus which seemed too early signs. It claims that when the singer was screened at the Lucknow airport on March 14, a "high viral load was detected". 3/22/2020

Netflix Party Lets You Watch Shows With Friends to Fight Isolation
According to the extension, turning off your Netflix Test Participation Settings will also give you a better experience. Unfortunately, this means that you and yours will need to own PCs in order to take advantage of the free service. 3/22/2020

US aid bill includes $3K for families, $4T liquidity, Mnuchin says
We're putting a lot of money into the hospitals. "This has been moving very quickly and I think we've responded appropriately". Pelosi left the meeting saying there was no deal and that House Democrats planned to introduce their own legislation. 3/22/2020

Interest rates cut to lowest point ever in Covid-19 response
Furthermore, the European Central Bank rate stands at -0.5%, showing that the Bank of England base rate could be cut further. FILE PHOTO: A hen flies previous The Bank of England within the Metropolis of London, Britain, December 12, 2017. 3/22/2020

Germany bans gatherings of more than two people
As of Sunday, Germany has a reported 23,974 cases of coronavirus, and 92 deaths, according to Johns Hopkins University data. Prince Albert of Monaco became the first head of state known to test positive for the infection last week. 3/22/2020

WHO launches Health Alert on WhatsApp
The service, the agency said can be accessed through a link (http://bit.ly/who-covid19-whatsapp) that opens a conversation on WhatsApp. 3/22/2020

2nd Ottawa Senators player tests positive for coronavirus
The other eight have all been tested, and the team is awaiting results from tests administered on Wednesday , Thursday and Friday. The NBA suspended operations on March 11 immediately after confirmation of the first COVID-19 case with Utah Jazz' Rudy Gobert. 3/22/2020