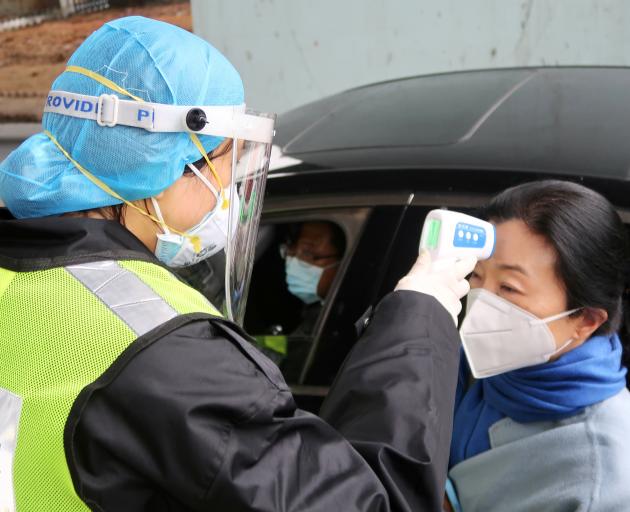 The number of new cases in Hubei, the epicentre of the outbreak, also jumped to 14,840 as the province's health commission said that it had begun including people who are diagnosed through new clinical methods from Thursday. The previous record rise in the toll was 103 on February 10.

The total deaths from the more than 2-month-old outbreak stood at 1,367, with the total number of confirmed cases mounting to 59,804.

On Thursday, following the release of the new figures, Chinese state media announced that the party secretary of Hubei province, Jiang Chaoliang, was sacked and would be replaced by the mayor of Shanghai, Ying Yong.

"Thank you Communist Party. It is important that these also be counted", she told Reuters.

Outside of China, two luxury cruise liners carrying thousands of worldwide passengers were still dealing with the fallout from the global spread of the virus.

Asian stock markets wobbled and the safe-havens of the Japanese yen, gold and bonds rose after the new Hubei numbers dashed hopes the epidemic was stabilizing and the Chinese economy could bounce back quickly.

"The number of newly confirmed cases reported from China has stabilized over the past week, but that must be interpreted with extreme caution", said WHO Director-General, Tedros Adhanom Ghebreyesus.

Another expert said that while the coronavirus may be peaking in China, this was not the case elsewhere. "If that were not the case, the government could not have added so many new cases in one day".

However, he emphasised caution, saying it was "far too early today to try to predict the beginning, the middle or the end of this epidemic".

On board another cruise ship, the Diamond Princess, 44 more people have tested positive for COVID-19.

United Airlines said late on Wednesday it would extend cancellations of all USA flights to China until late April because of the coronavirus, joining other U.S. carriers that have suspended China routes.

"Outbreaks can bring out the best and worst in people".

The deadly disease has so far killed more than 1,100 people with infected nearly 60,000, mostly in China.