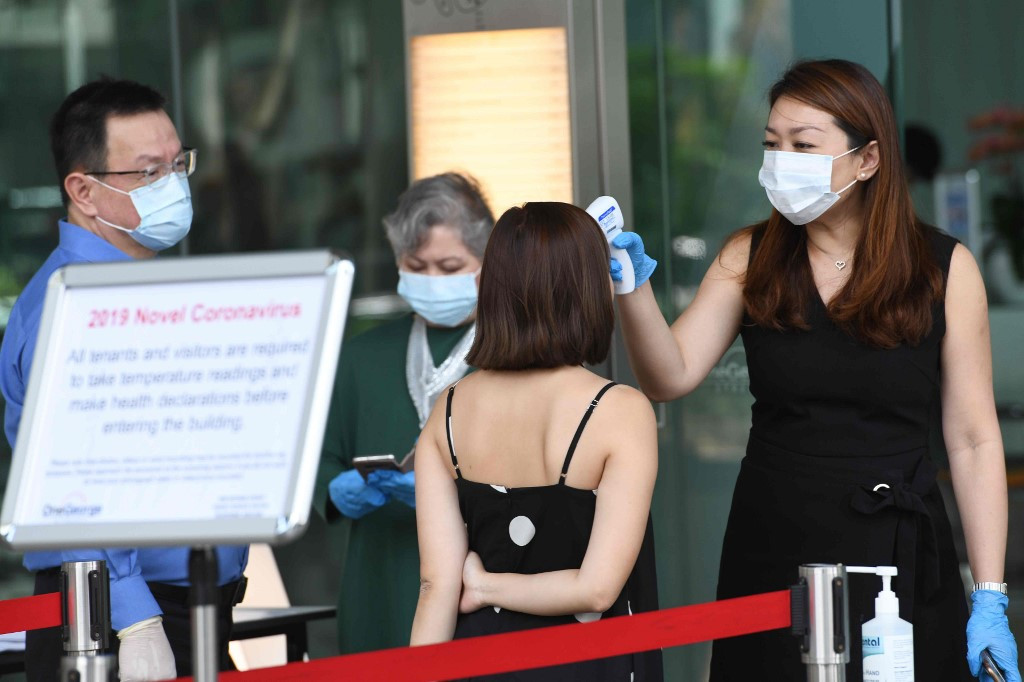 Singapore Bank DBS issued a statement this morning saying that one employee tested positive for the virus yesterday and that as a precautionary measure other staff were asked to vacate its offices and work from home from 12pm.

The total number of coronavirus cases in Singapore is now at 47 as of Tuesday's update from the Ministry of Health. Singapore's government has been reportedly trying to calm nerves after it had raised the virus alert last week which also sparked the panic buying of essentials such as rice and toilet paper.

The clarification comes after DBS told 300 employees to leave level of the Marina Bay Financial Centre following confirmation of an infection. The statement did not say how many staff were impacted.

An email seen by The Straits Times said that there was a confirmed case at the DBS Asia Central office on the 43rd story of Marina Bay Financial Centre (MBFC) Tower 3.

DBS also said, "The health and well-being of our staff are a top priority for us, and we will lend them every support to get through these uncertain times".

DBS said "during this hard time, the bank will be providing this employee and his family with every support and guidance". Warnings by building management of cases in some downtown office buildings have also been widely shared on social media.

Some companies, including DBS, are cancelling physical results briefings and holding them via webcasts and teleconferences instead. The government has cautioned people against shaking hands as a form of greeting.

The outbreak has revived memories of Severe Acute Respiratory Syndrome which killed more than 30 people in Singapore in 2003, and almost 800 worldwide.

The bank has also announced that with effect from next week, all employees will receive a personal hygiene and protection Care Pack which includes masks, a thermometer, hand sanitiser and vitamin C. This will be in addition to the medical helpline and complimentary services to virtual doctors that are already in place.

The bank has also put in place plans for employees to work from home or from split sites "to ensure minimal disruption to operations".

DBS shares were up 1.2% in afternoon trade on Wednesday, while the broader market .STI was up 1.3%.

Londoner with coronavirus now cleared, risk Ontario-wide 'remains low'
Ontario has now tested 313 people for the coronavirus, for which nine people are awaiting results as of Wednesday morning. There are now two other cases of the 2019 novel coronavirus in Ontario, a Toronto couple in their 50s. 2/12/2020

Realme C3: 3 Reasons to Buy & 2 Reasons Not to Buy
Oppo's Fantastic Days, taking place till February 13 on both Amazon and Flipkart , is offering up to Rs 7,000 off on its handsets. Company statement according to the Mobile World Congress the first day i.e. on 24 February realme X50 Pro 5G launch will be. 2/12/2020

EPL: Unai Emery names four Arsenal players that cost him the job
Dani Ceballos was linked with a move to Liverpool from 2015 until he moved on loan to Arsenal in the 2019 summer transfer window. The 30-year-old has led by example this season as his 14 goals in the Premier League makes him the top scorer for Arsenal. 2/12/2020

Klinsmann quits as Hertha Berlin manager
In late November, he returned to the sidelines for the first time since being fired as US national team coach in 2016. Hertha Berlin general manager Michael Preetz said: "We were surprised by this development this morning". 2/12/2020