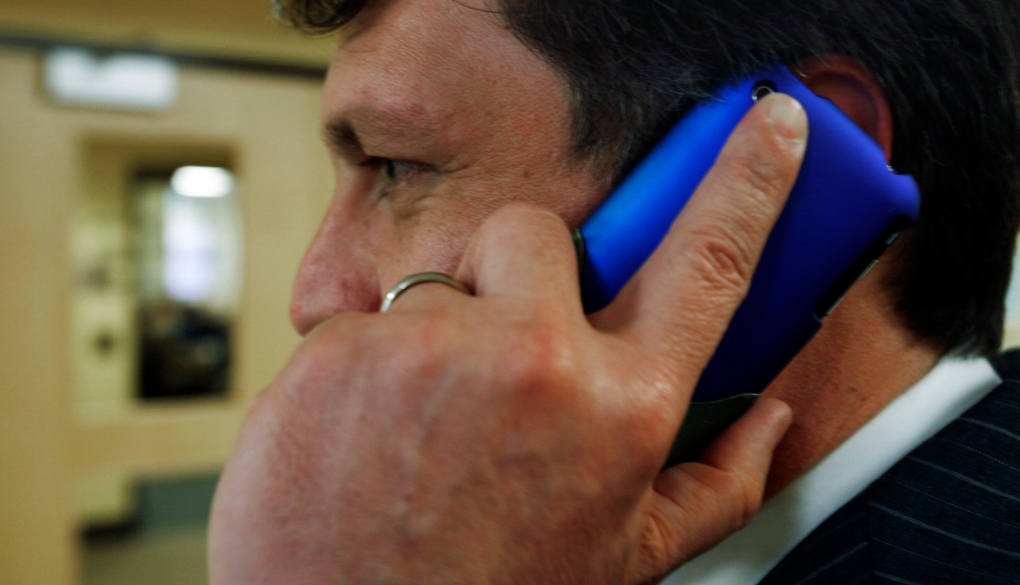 According to one database, more than 2,500 men and women went to an emergency room for head and neck injuries sustained while using a smartphone between 1998 and 2017.

Researchers analyzed a national database of 2,501 patients who went to the emergency room for cellphone injuries and found that teenagers and young adults between the ages of 13 and 29 were most likely to report cellphone-related injuries occurring because they were distracted.

Dr. Boris Paskhover of Rutgers New Jersey Medical School said he looked over 20 years of research data and found an increase in injuries beginning in 2006, when smartphones initially hit the market. Since 2007 - "the year the iPhone was first introduced", Paskhover, said - the number of people reporting cellphone-related injuries in the US has more than tripled, even though many of them are likely reluctant to admit why they got hurt.

They continued: "Providing constant access to a variety of applications and internet browsers, these devices have become a necessary but potentially unsafe tool used by most people in the United States". Roughly one third of these injuries were sustained to the head area, while another one-third involved the face, including the eyes, eyelids and nose.

In all, more than 56 percent of cellphone-related injuries documented in the study were reported by women, while almost 40 percent occurred in teens and young adults.

Numerous injuries were caused by falls when people were looking at their phones and not paying attention to their surroundings - like texting while walking, for example, Paskhover said.

Among the most commonly reported injuries brought on by cell phones were lacerations, contusions and abrasions.

The numbers here don't necessarily mean you're inviting danger into your life while using a phone, as a rise in injuries was only to be expected as more people started using phones more often.

Children under 13 years were significantly more likely to suffer a mechanical injury, such as a cell phone battery exploding, parents accidentally dropping a cell phone on a child, or a child hitting themselves in the face with the phone. Whereas, older people are more prone to injuries indirectly.

"We have a skull that protects our brain, but it doesn't mean it's impervious".

Still, most patients in the study were treated and released from the hospital, or released without any treatment required.

It's not just patients who may need to be reminded of safe cell-phone use, previous authors have suggested - restrictions on phones in the operating room have been proposed. "If you're not paying attention to where you're walking and what you are doing, you can get injured", he said.

The takeaway is "don't be distracted - period", Paskhover said.

Pearl Harbor veteran interred on sunken ship
Roosevelt (FDR) described the surprise attack on the US Navy base near Honolulu as "a date which will live in infamy". A team of military divers will receive the the urn of his ashes and place it in the hull of the USS Arizona wreckage. 12/08/2019

Phil Spencer Claims Control Coming To Game Pass, Remedy Responds
But as nice as that would be, you have to admit: it'd be far more amusing if he simply mentioned something he shouldn't have. So it's possible Spencer might have jumped the gun here by announcing this one prematurely. 12/08/2019

Elder Scrolls: Legends Is "No Longer Under Active Development"
Old and new events will make their way into the title, but fans shouldn't wait for any new content packs to arrive. The game's previous roadmap promised one more new card set before the end of the year, but that has been scrapped. 12/08/2019

Aladdin spin-off starring Billy Magnussen in development at Disney+
As mentioned above, the Aladdin live action remake came out to some mixed reception, catching some of the producers off guard. Another person added, "I didn't like Aladdin remake". 'He must have made millions. 12/08/2019

Lazio vs Juventus: Italy Champions blown away in Roma despite Ronaldo goal
Lazio now sit just three points back of Juve in the standings, and Sarri didn't rule them out of the title race. I'm not talking about tonight because I believe we did well despite how things went. 12/08/2019

United States re-starts talks with Afghan Taliban in Qatari capital Doha
The Taliban claim they would have agreed to a ceasefire with foreign troops in areas of foreign troop withdrawal. Trump has repeatedly said he wants to withdraw thousands of American troops from Afghanistan. 12/08/2019