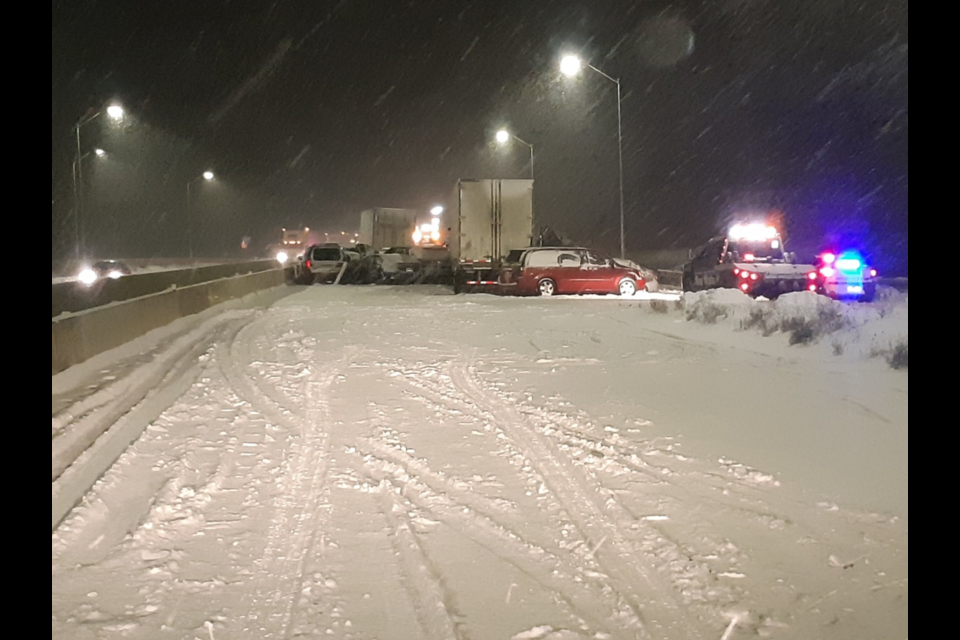 Ontario Provincial Police have identified the person killed in a multi-vehicle pileup on Highway 401 as a man from Nova Scotia.

One person is dead and multiple injured following a massive pileup on Highway 401 on Sunday afternoon.

Police say 33-year-old Matthew Robert Jamieson died at the scene of the crash in Kingston, Ont., on Sunday.

OttawaMatters.com reports paramedics treated 16 patients and transported them to hospital, three of them with life-threatening injuries.

The city of Kingston and the Red Cross are co-ordinating to find places for people, whose vehicles are stuck on the highway, to spend the next several hours, or even the entire night. "We've seen far too often vehicles spinning out because they're going too fast, because they're over-correcting or panicking".

It was unknown by that point when the highway would be cleared.

The Kingston area is now under a winter travel advisory, with as much as 15 centimetres of snow expected to fall along the shores of Lake Ontario by Sunday evening.

Environment Canada said the threat of freezing rain extended into the nighttime in the Niagara Region and Hamilton, while more snowfall is expected in Kingston and the Bruce Peninsula.