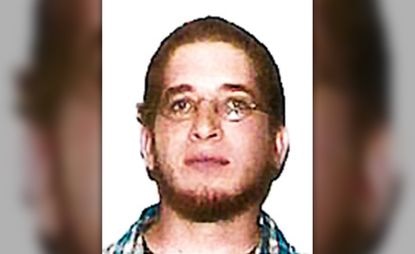 An indictment unsealed in federal court on Monday accuses Jehad Serwan Mostafa, 37, of providing material support to al-Shabaab, which the US has designated a terrorist organization for its activities to undermine the Somali government.

The organization was deemed a terrorist group in 2008, and a year later, he was indicted with charges of providing support to a terrorist organization, the release said.

Mostafa was born in Waukesha, Wisconsin, and raised in San Diego, where authorities say he has relatives.

The FBI says Mostafa grew up in San Diego and, at some point, moved to Somalia and became a member of the al-Shabaab terrorist organization. "Al-Shabab's reign of terror threatens United States national security, our global allies, and innocent civilians".

Mostafa remains a key figure on the FBI's Most Wanted Terrorist List. "The FBI has not forgotten, has not stopped working, and will not stop until Mostafa is found". He then joined al-Shabaab in 2006, investigators believe, where he quickly began rising up the terror group's ranks.

A federal arrest warrant was issued for Mostafa on October 9, 2009, after the original indictment.

'He was the exact opposite of what you'd think of a terrorist.

They believe Mostafa is in Somalia right now.

In 2005 Mostafa ravelled to Yemen and Somalia, where he fought against Ethiopian forces. ABC News reports his leadership in the group has allegedly led to the injuries or deaths of hundreds of innocent people in Africa.

Al-Shabaab has committed several bombings and attacks in the Horn of Africa, killing hundreds, the Federal Bureau of Investigation says.

One of the group's deadliest attacks targeted the Westgate shopping mall in Kenya that killed 60 people in 2013. Among the dead was a graduate of a San Diego-area high school.