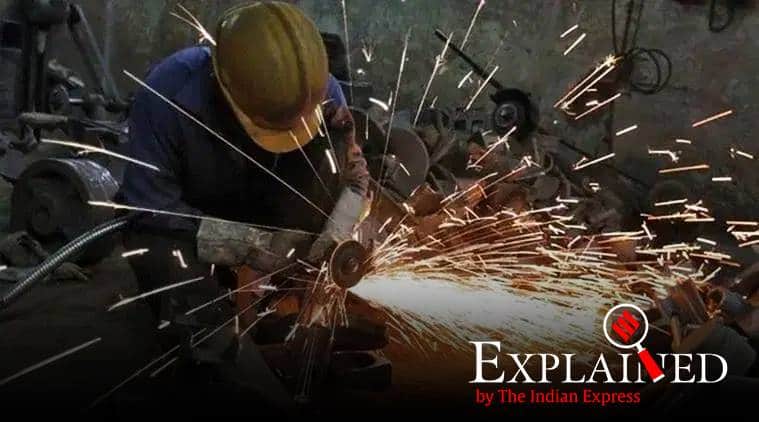 The rupee on Friday tumbled by 31 paise to hit an over three-week low of 71.28 against the U.S. dollar after Moody's Investors Services cut India's rating outlook to negative citing growth concerns.

The rise in prices appears to be a reaction to downgrade in Moody's credit ratings for India to negative from stable because unlike domestic rates, global gold prices fell on a rally in the stock markets seen on Thursday.

In response, the Union Ministry of Finance reiterated that India was among the fastest-growing major economies in the world.

"As India's potential growth rate remains unchanged, assessment by International Monetary Fund and other multilateral organizations continue to underline a positive outlook on India", the statement read. Steps taken by the government to strengthen the economy "would attract capital flows and stimulate investments", it said.

Moody's Investors Service had earlier changed its outlook on India's ratings to "negative" from "stable", citing increasing risks that the country's economic growth will remain lower than in the past, thereby reflecting that prospects of reforms in the medium term have dimmed while stress in the financial sector has increased.

"Moreover, the prospects of further reforms that would support business investment and growth at high levels, and significantly broaden the narrow tax base, have diminished", the top credit rating agency said.

The global ratings agency said it estimates that the country's growth slowdown is in part long-lasting while backing its other ratings for India.

"We have constantly maintained our commitment on macro-economy and have abided by fiscal discipline. There is firmness in our decisions and intentions", Modi said. Growth has come down to a six-year low of 5 per cent, with Moody's saying there's a low chance of sustained growth at or above 8 per cent. The Centre has undertaken a series of reforms, including cutting corporate tax rates, to spur an investment-led growth. On Wednesday, the cabinet cleared a ₹25,000 crore package to revive stalled housing projects to boost the ailing real estate sector.

The rating agency said although the measures announced recently including policy rate cuts by the RBI, which will provide support to the economy, they are unlikely to restore productivity and real GDP growth to previous rates.

It said the downgrade partly reflected lower government and policy effectiveness in addressing "economic and institutional weaknesses", which led to a rise in the already high levels of debt burden.

More news: Microsoft Looks Beyond Its Cloud with Azure Arc for Mixed Workloads

The rating agency said the drivers of the economic deceleration were many and primarily domestic.