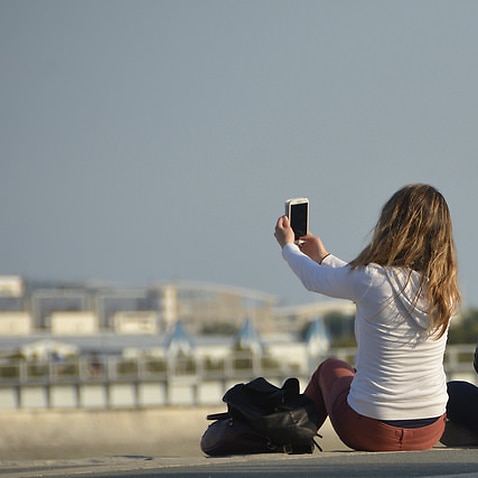 An Indian man pulled his sister from the waters of a dam in India but was unable to save his other four relatives, including his newly-wed bride, after they slipped as they posed for a group photograph.

The couple were visiting relatives near Pambar dam in Tamil Nadu when they made a decision to take a picture holding hands while standing in waist-high water.

Only one of them was able to be rescued from the water by the husband, while the others were lost under the water.

Indian couple Vishnu Viswanath, 29, and Meenakshi Moorthy, 30, fell to their deaths while taking a selfie in the Yosemite National Park past year.

Santosh slipped and dragged others along with him.

The other top countries were Russian Federation, the United States, and Pakistan. Authorities say the lifeless bodies were later recovered and autopsies will be carried out.

It was the latest in a series of tragedies linked to selfies in India.

In May, in the state of Haryana, three teens were killed taking photos on railway tracks.

India has the highest number of selfie deaths, followed by Russian Federation, the United States and Pakistan.

A study previous year by researchers from the All Indian Institute of Medical Sciences said 259 people across the world had died while taking selfies between 2011 and 2017.

The mean age of the victims was 22.9 years old with about half the total selfie deaths occurring among the 20 to 29-year-old age group.

Bansal said he was concerned about how numerous selfie-related deaths involved young people.

He also noted that although the act of taking a selfie isn't unsafe, it becomes so when people take risks to get the flawless shot.

The authors note that a significant number of such deaths go unreported in developing nations, so it's quite likely that many countries - particularly on the African continent - may have more selfie deaths, with young people and tourists most at risk.