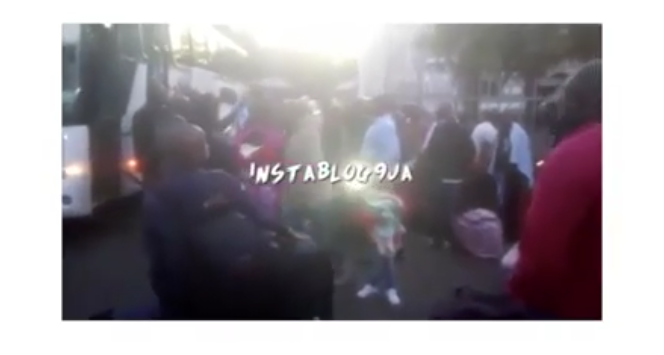 In the latest on the periodic xenophobic violence in South Africa, at least 10 South Africans have died and a further two foreigners. In Katlehong, a township around 35 kilometers south east of commercial hub Johannesburg, 755 foreign nationals including 228 children are being cared for at community centers after fleeing violence. The nationalities of those killed have not been announced but Nigerians, Ethiopians, Congolese, and Zimbabweans were attacked, according to local media.

"Where we are staying is very unsafe because of xenophobia", she said.

The President gave this order after he received the report of the special envoy sent to South Africa to convey a Special Message to President Cyril Ramaphosa over the recent xenophobic attacks in the country.

Earlier on Tuesday, the spokesperson for the National Emergency Management Agency (NEMA), South West Zone, Mr Ibrahim Farinloye, had confirmed to NAN in Lagos, that the first batch of returnees will arrive Nigeria on Wednesday by 2:00 p.m.

Several shops were looted and set alight in Malvern and Denver on 1 September 2019. "I left the business with my brothers".

"People are crying everywhere [and] there's nothing we can do", he said. "Maybe I will migrate back when the situation is better".