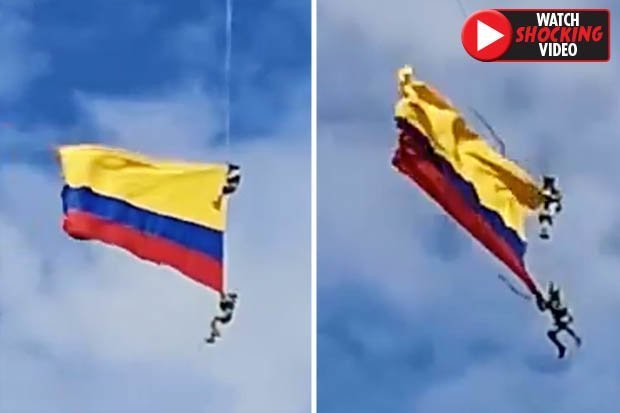 A woman was taken to hospital after being stabbed in Sydney in what appeared to be an unprovoked attack by a man who was restrained by members of the public and then taken into custody, police said.

Heroic citizens and officers chased down a stabbing rampage suspect in Sydney, Australia in a dramatic video that shows one citizen approaching the man with a chair.

"Another person [on the street] was screaming at people to get out of the way, the fact he had a knife and the fact he is going to kill you", Walker said.

Ney had a "history of mental health" and reportedly escaped a mental health facility just days prior to the attack, 7NEWS Australia writes. They not only saved lives, but they made sure this lunatic will get what's coming to him ... we hope.

Police said the offender attempted to stab multiple people, with a second woman stabbed in the back and taken to hospital in a stable condition.

On Twitter, NSW Police said, "Police operation King and Clarence Streets, Sydney CBD. They were courageous and I can only use that word seriously", he told reporters.

A witness, Paul O'Shaughnessy, said he and his brother Luke were working in the office of their recruitment company when they heard shouting through an open window.

Police confirmed they were investigating allegations the suspect yelled "Allahu akbar", or "God is great", but are not treating it as a terror incident.

A man wielding a wooden chair could be seen in the footage confronting the crazed man.

"The attacker is now in police custody following the courageous actions of those who were present at the scene and were able to. restrain him", he said.

"Information was found on him that would suggest he had some ideologies related to terrorism ... but he has no apparent links to other terrorist organisations", NSW Police Commissioner Mick Fuller told the Morning Herald.

In the video, the man, with a bloodied shirt, jumps on a vehicle and shouts something that is hard to hear.

#BREAKING: Police address the media after a woman was stabbed in the Sydney CBD.

The members of the public used plastic chairs from nearby cafes and a plastic crate to subdue the man.

The man has been taken to Day Street Police Station.

The woman's body was found after the man was arrested. "The attacker is now in police custody following the fearless actions of those who were present at the scene and were able to able to restrain him". One woman was stabbed in the back but is expected to survive, he told the newspaper.

The driver of the vehicle on which the man climbed said he had appeared suddenly on the street, covered in blood and brandishing a butcher's knife.