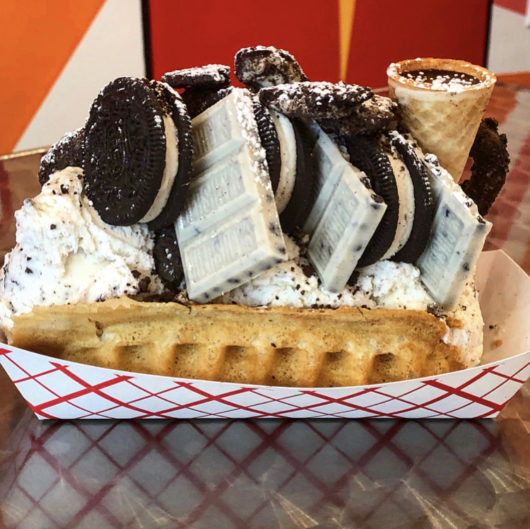 Now it is observed annually each third Sunday of July.

National Ice Cream Day 2019 is Sunday, July 21, and it's arrived just in time - as an insane heat wave is melting much of the country.

According to the International Dairy Foods Association, in President Reagan's proclamation of National Ice Cream Day he called on the people of the United States to observe with "appropriate ceremonies and activities".

Here are all the best deals for National Ice Cream Day.

For National Ice Cream Day 2019, Yogurtland has a buy one get one free deal running from 1 p.m.to 6 p.m. on Sunday.

On July 21, you can find free Halo Top Pops in freezers located in select USA cities or get a coupon for a free box by swiping on Bumble. (It will be pretty obvious when images of ice cream bars fill up your screen.) Then, you can add your address to receive one coupon to redeem in-store for a whole box of Halo Top Pops.

You'll get a free scoop of Italian gelato at Your Pie when you make any purchase on Sunday, July 21. There are three easy ways to try the healthy, and portable, ice cream.

Through July 30, Amazon Prime members get 35% off all ice cream and novelties.