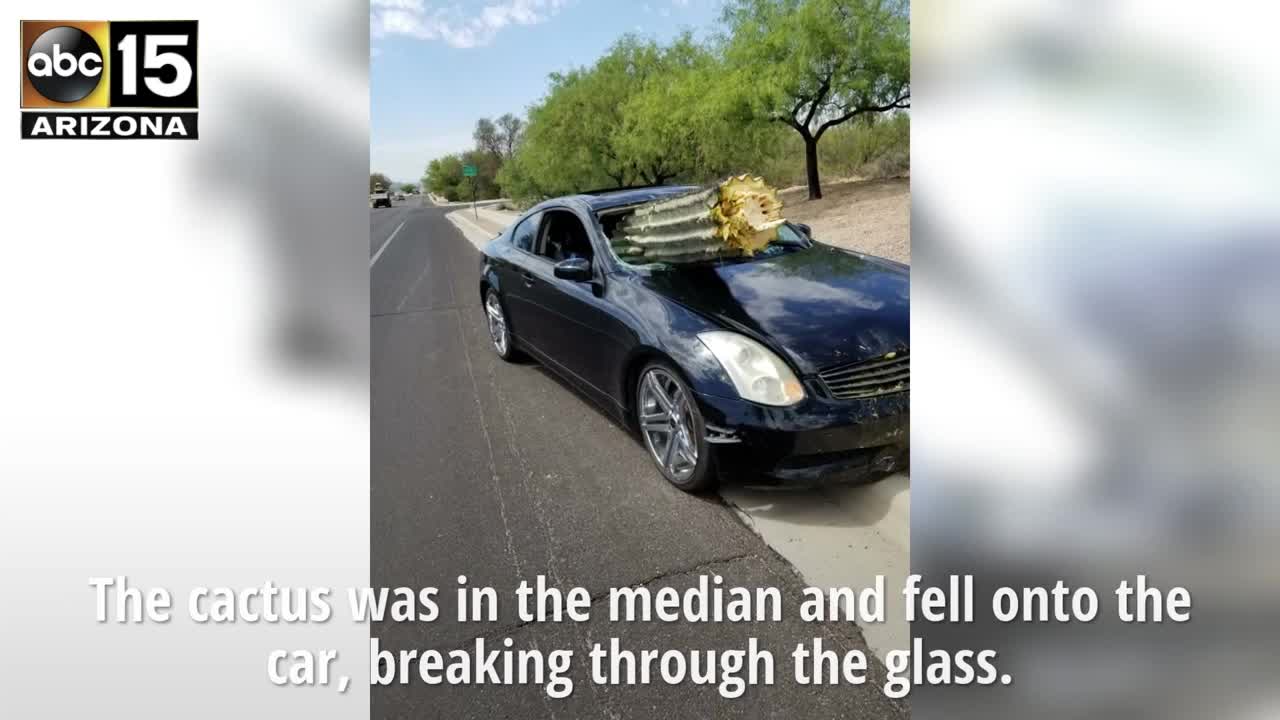 An Arizona driver escaped injuries but was taken into custody after a cactus plummeted through his vehicle windshield Wednesday.

According to Pima County Sheriff's deputy Daniel Jelineo, a black sportscar went through the median near First Ave. and Agave Drive in Tucson at 9:26 a.m. local time.

The broken cactus, which was more than a foot in diameter, ended up partially inside the vehicle, with several feet of it protruding out over the hood. Deputies observed alleged signs and symptoms associated with impairment and detained the driver.

He was arrested on suspicion of driving under the influence and for criminal damage. According to the Arizona Department of Agriculture, saguaro cacti are a protected native plant with laws and penalties regarding their movement, treatment and destruction.

Claudia Figueroa, on behalf of AZ Cactus Experts, the wreck could have been much worse.