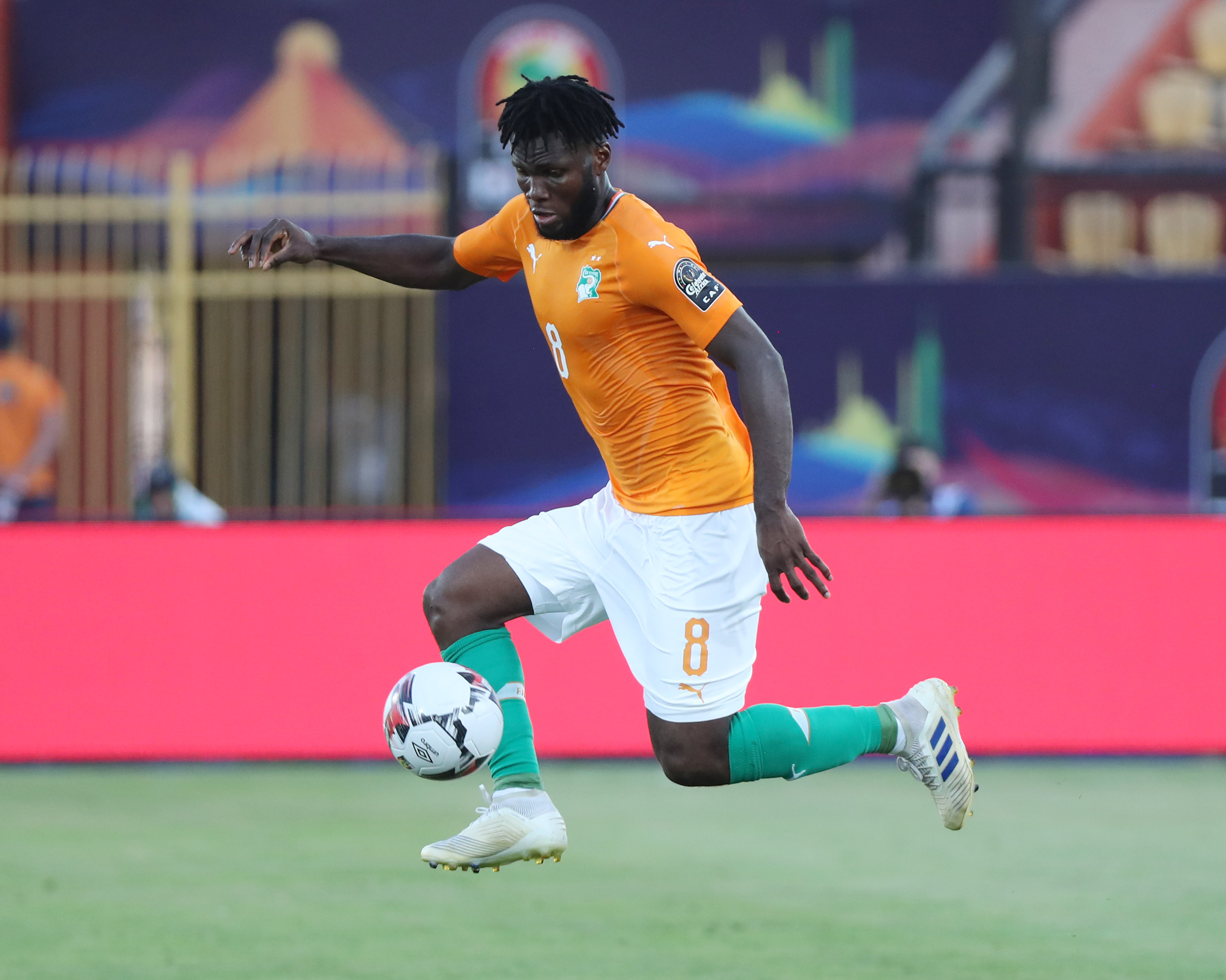 Riyad Mahrez' Algeria remain on course to reach their first African Cup of Nations final since 1990 after beating Ivory Coast 4-3 on penalties in a tense quarter-final.

- Wilfried Zaha and Jonathan Kodjia were involved in Ivory Coast's last two goals in the Africa Cup of Nations (1 goal, 1 assist each). Firstly, Algeria missed a golden opportunity to double their lead, with Bounedjah missing a penalty he took after being cleaned out by Sylvain Gbohouo.

They should have increased their lead after Bounedjah had been felled by Gbohouo 23 seconds after the restart but the striker crashed the spot-kick against the crossbar, and his side was made to pay with 62 minutes gone when Kodjia fired low past Rais Mbohli to level.

Instead, the Desert Foxes captain was forced to watch on as former City striker Wilfried Bony and Ivorian skipper Serey Die both missed to send Algeria through to the last four, where they will face Nigeria.

At his post-match press-conference, Belmadi praised the doggedness of Ibrahim Kamara's side which put his players on their toes for the game's entirety in Suez but believed his side deserved to win the game.

"The match was very hard today, Ivory Coast were compact and organized".

"I think we are heading towards the end (of the tournament for him)".

Algeria survived a goal mouth scramble and were inches away from scoring a last minute free-kick via Andy Delort, but held their nerve in the shootout to set up Sunday's semi-final with Nigeria.

Côte d'Ivoire was more impressive in the early exchanges before a modest crowd in a stadium overlooking the Suez Canal, a major shipping link between the Red Sea and the Mediterranean.

Despite the 30 plus temperature in the Egyptian city both teams served up a fine game with Algeria dominating possession and Ivory Coast looking risky on the counter with Max Gradel particularly sharp forLes Elephants.

However, the Ivory Coast player was booked and fortunate to escape a red card after a confrontation with Ramy Bensebaini.

The Ivorian Elephants were playing much better than in previous matches and equalised just past the hour mark, ending a 422-minute run by Mbolhi without conceding a goal in Egypt.

Crystal Palace flier Wilfried Zaha created the goal with a surging run from the centre circle before passing to Kodjia, who scored with a shot from just inside the box.